The major indices bounced back from recent skittishness to make a couple new closing highs on Wednesday, despite ongoing concerns of the coronavirus and its impact on the global economy.

The NASDAQ reached a new high just yesterday even as its counterparts slumped, so it only needed a positive close to make more history. But the index decided to lead the pack again by advancing 0.87% (or about 84 points) to 9817.18.

Speaking of yesterday, the big news was Apple’s (AAPL) warning that the coronavirus would hurt second-quarter revenue. Investors have been worried for weeks that the sickness would take a toll on the global economy, and now it got verification from one of the biggest and strongest companies in the world.

Shares of the iPhone maker slipped 1.8% on Tuesday. However, just like the market, the stock came roaring back by 1.45% on Wednesday.

We really don’t need much reason to move higher right now. The bulls are firmly in charge and earnings season has been better than expected. In fact, many investors see a pullback like yesterday’s as an opportunity to buy the dip.

Nevertheless, it was good to hear that China reported a lower number of new cases today, and that the country is making moves to limit the economic impact of this sickness.

The Fed minutes were also fun, as the Committee said the economy looked stronger at its last meeting than it did the previous month.

Rates will be staying where they are for the foreseeable future. But if there is a change in the next few months, the market thinks it will include even further cutting.

Home Run Investor: This portfolio has really been diversifying away from tech and medical names recently, and today was no exception. Brian added Acushnet Holdings (GOLF). You may not know what this consumer discretionary company does by its name, but you’ve certainly heard of its Titleist brand of gold balls, clubs and gear. This Zacks Rank #2 (Buy) beat the Zacks Consensus Estimate by 34% in its most recent quarter and has a “pretty good” valuation. With golfing season right around the corner, the editor thinks this is a good time to add a company with a ticker like GOLF. It reports on February 27 before the open. Read the full write-up for more.

Counterstrike: The ride sharing space is dominated by Uber and Lyft (LYFT), though the latter company is much smaller and has plunged nearly 20% from recent highs. So it’s all over, right? Wrong! LYFT beat by 28% last time, so Jeremy doesn’t think the big drop is justified. The stock dipped all the way to the October lows, but then regrouped and bounced back. The editor thinks this name could continue moving higher and making up for that unnecessary pullback. He thinks it could get to the $47-$48 area before running into resistance. Therefore, LYFT was added on Wednesday with a 10% allocation. Read the full write-up for more. By the way, this portfolio had one of the top performing names of the day as HealthEquity (HQY) jumped 10.7%.

READ  How I Knew the Market Would Crash - Nasdaq

Surprise Trader: The consensus may be calling for a four-cent loss when Aspen Aerogels (ASPN) reports tomorrow after the bell, but this energy technology company has a positive Earnings ESP of 25%. Last quarter, it lost 9 cents and still beat by more than 18%. Dave sees the likelihood of another good performance, so he added ASPN on Wednesday with a 12.5% allocation. The company makes aerogel insulation primarily in large-scale energy infrastructure facilities, which puts it in the highly-ranked Building Products – Misc industry (Top 22%). The portfolio also got out of the underperforming Essent Group (ESNT) position. Read the full write-up for more on today’s moves.

Insider Trader: Yesterday, Enphase Energy (ENPH) reported a strong fourth quarter, including a positive earnings surprise of more than 18% and revenues that soared nearly 120% from last year to $210 million. The top line also beat our expectation. Shares of this microinverters supplier to the solar industry soared 41.4% on Wednesday, which easily made it the top performer of the day among all ZU portfolios. It was three times better than the runner up! Tracey bought this name back in November, and it currently has the portfolio’s best return with a gain of nearly 195% since being added.

Have a Good Evening,
Jim Giaquinto 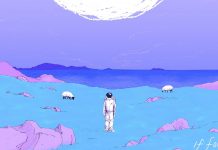 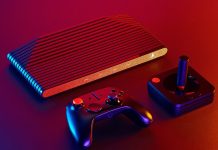 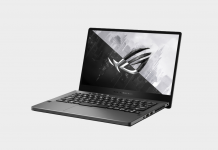 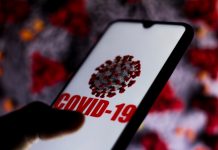 Publishers grapple with high clicks but low prices in pandemic