Initial coin offerings, the sale of digital coins by companies in an effort to raise funds, are one of the murkier aspects of the digital currency world. But research shows they have tended to deliver for investors, at least so far.

“We find evidence of significant ICO (initial coin offering) underpricing,” wrote assistant professor Leonard Kostovetsky and Hugo Benedetti, a doctoral candidate, at Boston College Carroll School of Management, in a paper published in May. “With average returns of 179% from the ICO price to the first day’s opening market price, over a holding period that averages just 16 days.”

“Even after imputing returns of -100% to ICOs that don’t list their tokens within 60 days and adjusting for the returns of the asset class, the representative ICO investor earns 82%,” the researchers wrote.

While some ICOs simply don’t launch — often due to funding goals not being reached or a change in business strategy — and money is returned to investors, there are scenarios in which investors lose their money. These occur when the product launches and fails to deliver and the company dwindles off into the abyss or attempts to take “the money and run” as Bitcoin.com found when researching failed ICOs.

Recovering money after a failed ICO is difficult due to the lack of regulation. ICOs differ from an IPO, where companies choose to go public once they show robust earnings and pass muster with regulators and exchanges.

Read: What is an ICO?

In a phone interview, Kostovetsky said the uncertainty surrounding an ICO compared with other fundraising tools, such as an IPO, which are also usually underpriced, was the primary factor behind the apparent bargains.

However, it was the continued performance of ICOs after their launch dates that came as a surprise to Kostovetsky.

The findings revealed that those who were willing to wait until the ICO launched had buy-and-hold returns of 48% over the first 30 days of trading, and those returns continued to climb, significantly outperforming an index of ICOs as well as the No.1 digital currency, bitcoin


The bad news for would-be ICO investors, however, is that as the market grows, returns are shrinking. That suggests investors are becoming more savvy and, as cloudy as ICOs can be, transparency is increasing.

“The red-dashed line, which is the best fit line, is above the x-axis for the entire sample period, indicating that the average (log) return is positive, but it has a negative slope, suggesting that underpricing of tokens has declined over time,” the report said.

While regulators are yet to offer clear guidance on ICOs, one factor behind the magnitude of the returns, according to the researchers, might catch their eye: Tweets about an ICO seem to affect returns.

However, as scrutiny of ICOs and the crypto industry grows, as evidenced by the recent “Crypto-Crackdown” sweep that saw 70 crypto-related entities sent cease-and-desist orders by North American regulatory bodies, the researchers believe the Twitter activity is nothing nefarious.

“While it’s something easy to manufacture, when a company becomes more active on social media it just a way of reaching more people, making it easier to price,” Kostovetsky said in the interview.

The research paper was titled “Digital Tulips? Returns to Investors in Initial Coin Offerings” and collated data from 4,003 ICOs that raised a combined total of $12 billion.

Read: The SEC created a fake ICO website to show just how easy it is to scam investors 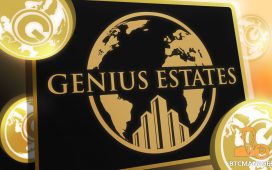 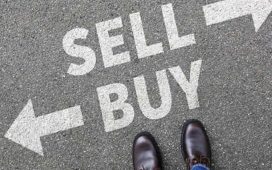