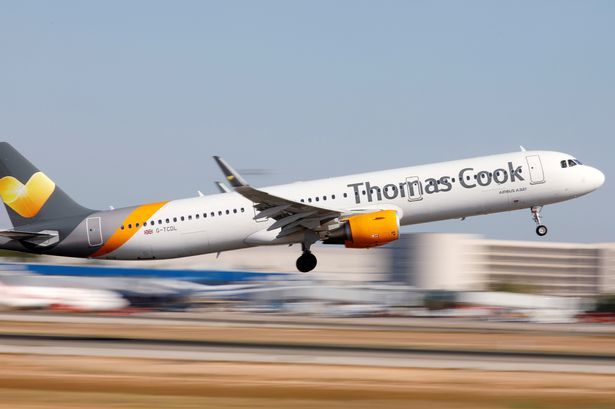 Cash-strapped travel firm Thomas Cook has said it is in “advanced discussions” with Chinese conglomerate Fosun, paving the way for a sale of its tour operator business.

Fosun, which is the company’s largest shareholder, and Thomas Cook’s core lenders are considering how the parties could “make a substantial new capital investment as part of a proposed recapitalisation and separation” of the firm.

It follows recent reports Fosun was eyeing up a deal that could lead to the complete break-up of the British travel firm, which is the world’s oldest package holiday company.

Under the proposal, Thomas Cook is looking for a £750 million cash injection from Fosun and its lending banks.

A spokesman for Fosun said: “Fosun is a shareholder in Thomas Cook, because it is a British company operating in the global travel industry, in which we have extensive experience.

“We are committed investors, with a proven track record of turning around iconic brands including ClubMed and Wolverhampton Wanderers FC.”

Peter Fankhauser, chief executive of Thomas Cook, said: “After evaluating a broad range of options to reduce our debt and to put our finances onto a more sustainable footing, the board has decided to move forward with a plan to recapitalise the business, supported by a substantial injection of new money from our long-standing shareholder, Fosun, and our core lending banks.

“While this is not the outcome any of us wanted for our shareholders, this proposal is a pragmatic and responsible solution which provides the means to secure the future of the Thomas Cook business for our customers, our suppliers and our employees.”

Thomas Cook has been grappling with a decline in bookings and uncertainty surrounding Brexit, which it said contributed to the £1.5 billion half-year loss it posted in May.

Thomas Cook is slashing costs in the second half of its financial year in the face of tough trading and higher fuel expenses, including axing 150 roles from its head office in Peterborough.

In May, it also signalled possible further store closures, having already announced plans in March to shut 21 stores and axe 320 retail roles.

Shares in Thomas Cook have plunged by more than 80% over the past 12 months.

How to save money on everything you need for Shrove Tuesday — plus book your Hols From £9.50

Former Australian lawmaker retires from board of Huawei unit