They stuck it out during the political protests of 2019.

Then they lasted through nearly two years of pandemic.

But this year, they say they’ve had enough.

Residents of Hong Kong are leaving the city in droves in 2022 — not because they want to, several told CNBC, but because Covid restrictions and what they see as an erosion of democratic norms are pushing them to leave.

A surge in departures is accelerating a “brain drain” of professional talent — a situation which hit fever pitch around March, as omicron-driven Covid cases skyrocketed across the city.

The office of Hong Kong Chief Executive Carrie Lam did not immediately respond to a request for comment, but Lam said on April 26 that the government’s Covid rules balance health and economic interests with public tolerance levels.

Hong Kong continues to safeguard “human rights and freedoms” but that “one has to observe the law in exercising freedom,” she said.

On the subject of people leaving Hong Kong, Lam said it’s their “individual freedom to enter and to exit.”

For the past 60 years, Hong Kong’s population has grown nearly every year, from some 3.2 million people in 1961 to 7.5 million in 2019, according to Hong Kong’s Census and Statistics Department.

From 2015 to 2019, the city gained an average of 53,000 new residents per year. Yet that is roughly the same number of people who departed Hong Kong during the first two weeks of March alone, according to the city’s Immigration Department.

Mothers and children left Hong Kong in droves upon news that governmental policies were separating parents from their children who tested positive for Covid-19, said Pei, a long-time resident of Hong Kong. Many fathers remained to work, she said, but many are now asking their employers for transfers to leave.

“In the last couple of years people have thought about leaving, but in the last six months there’s been an absolute mass exodus,” said Pei C., who has lived in Hong Kong for 17 years. She asked to be identified with her last initial because of sensitivities surrounding the topic in Hong Kong.

The trigger, she said — one echoed by numerous people who spoke to CNBC for this story — was the highly-publicized policy that separated Covid-positive children from their parents earlier this year.

“A lot of parents, understandably, freaked out, so they booked themselves on the first flights out,” she said.

Pei estimates that 60-70% of her friends have left in the past six to 12 months, which includes people with businesses and family in Hong Kong as well as those who were once deeply committed to staying.

“Everyone’s going to Singapore,” said Pei, especially those working in finance, law and recruitment, she said.

Kay Kutt, CEO of the Hong-Kong based relocation company Silk Relo, agreed, saying people are attracted to the ease of business, family friendliness, tax incentives and open borders of Singapore.

In its 40-year existence, the past three years have been the busiest years on record for Silk Relo’s sister moving company, Asian Tigers, she said.

“We cannot keep up with the capacity,” she said. “We don’t have enough people to serve what’s going on in the marketplace.”

Families are transferring to Singapore, she said, but small- and medium-sized businesses are also on the move. Whereas one company executive might have left in the past, now “they’re all going,” she said. Small companies are “taking the entire team and putting them into Singapore.”

Large companies are also relocating to Singapore, said Cynthia Ang, an executive director at the recruitment firm Kerry Consulting. She cited L’Oreal, Moet Hennessy and VF Corporation — the latter which owns brands such as Timberland and North Face — as examples, while noting there are more who haven’t made their decisions public yet.

“We get more calls from our clients who are … sharing with us that they’re going to move the entire Asia Pacific office into Singapore,” she said.

Other companies are staying in Hong Kong, but downsizing their offices, and moving regional headquarters to Singapore, said Ang.

Australian Krystle Edwards said she’s lived in Hong Kong for 12 years and wants to stay, but she and her husband are going to decide whether to leave by September.

“If the situation looks like 2023 is going to be more of the same in Hong Kong — hotel quarantine restrictions, all that sort of stuff — we’re moving to Singapore,” she said.

“It gets to a point where it’s just too much.”

“A lot of families that I know have gone away for like three or four months,” said Edwards. “Heaps are in Thailand — they just packed up and went to Phuket or [Koh] Samui. … They all got villas, some have even put their kids in school there, and they said they’ll come back to Hong Kong in August or September.”

Many expatriates went home for a few months this year. Now Pei said she’s noticing a lot of these people are not coming back.

Kutt said this is “absolutely” happening, as evidenced by the number of moves occurring without clients present. Before Covid, “absent shippers” were rare, she said, but due to the number of requests, Silk Relo created a service whereby an on-site team member acts on behalf of a client who can’t be present for a move.

Lockdown and quarantine policies coupled with a merry-go-round of school closures caused many expatriates to return home — to the United States, United Kingdom, Australia and other countries — for good, said Kutt.

But deeply entrenched locals are leaving too, she said.

Hong Kong-born Kam Lun Yeung said his family is moving to Sydney, where he lived as a child.

“We do consider [Hong Kong] home, and it is difficult leaving especially considering how much we have invested emotionally in the city,” he said.  However, “the 2019 protests to the current pandemic situation and seeing friends leaving already … made our decision a little bit easier.”

Lisa Terauchi grew up in Hong Kong, but left just shy of her 45th birthday, after her husband lost his job as a captain with Cathay Dragon, a Hong Kong-based airline that shuttered operations in late 2020. She and her family moved to the Netherlands, where her husband is from.

Terauchi said she has friends who are leaving, some who have lived there longer than she did. Though her oldest son is completing his master’s degree in Hong Kong, she said she and her husband likely won’t return, even to maintain their permanent residency status.

“I mean, is it even worth it anymore?” she said.

Others have moved to the United Kingdom and Canada, said Kutt. During the pandemic, both countries launched visa programs granting eligible Hong Kong residents the right to reside within their jurisdictions.

Immigration from Hong Kong to Canada is “booming,” according to the Canadian immigration website, CIC News. Yet even more are relocating to the United Kingdom, with more than 100,000 applying to move as of March.

“I noticed, especially I think it was March, the number of calls [from] … long-standing old Hong Kong families … they have high net worth, might have multiple homes, they’re choosing to pack up and go,” said Kutt.

“Those were the ones that I would say rocked me to the core,” said Kutt, who has lived in Hong Kong for more than 30 years.

Silk Relo and Asian Tigers are also seeing an “uptick” in moves from Hong Kong to Japan, South Korea and Thailand, said Kutt.

“We’re seeing companies choosing Tokyo,” she said, which she indicated was surprising given that Tokyo has historically been a place for companies solely looking to access the Japanese market.

Dubai is also absorbing talent from Hong Kong, said Kerry Consulting’s Ang. She said that is especially true for American and European employers that already have a presence there.

Pepsi, Unilever and P&G moved people out of Hong Kong into Dubai, she said.

“Saudi Arabia is trying to fight for a slice of the pie” too, said Ang. “I’ve not physically seen anyone who’s that excited about moving to Saudi Arabia yet …” but places in the Middle East, like the United Arab Emirates, are “trying to mirror what Dubai has done over the last couple of years.” 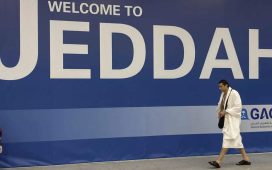 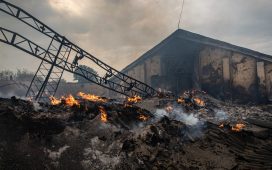 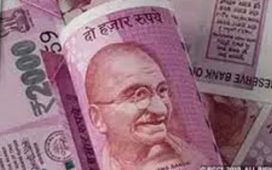 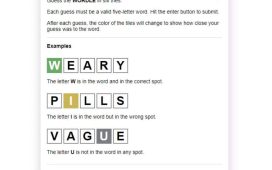 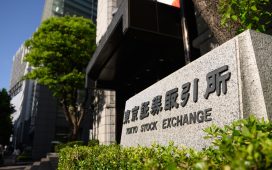 Asia-Pacific markets are mixed as investors search for direction 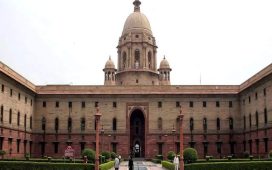