THOUSANDS of self-employed people couldn’t pay their bills or buy food after a cyber hack stopped their wages coming through.

Payroll firms Parasol and Brookson were hacked last week, leaving thousands of freelance clients in the lurch – and without pay.

The umbrella companies manage self-employed clients’ tax and wage payouts in return for a fee.

But their phone lines and website went down early last week after “malicious activity” was spotted on the system.

This meant thousands of clients were left without cash or customer service support.

Payment problems were first spotted on Monday, January 10 – and continued into this week, according to Computer Weekly.

Both Brookson and Parasol say that no personal or financial information was accessed by the hackers.

Some freelancers remain without their full pay, despite the two firms promising “advanced payments” to those affected.

Parasol client Larry, who preferred not to reveal his surname, told The Sun: “It was a nightmare.

“I was panicking as I had no money. The bills went out earlier in the month so I needed that money for living expenses.

“It’s totally unacceptable and the communication was useless.”

Larry finally received the money one week later in two payments – but said he has now left Parasol.

Brookson CEO Andrew Fahey apologised to customers in a LinkedIn post, but admitted the disruption would likely continue this week.

Client Mark Charley, a digital consultant, replied: “Thanks for the comms but I still haven’t received payment.

“I have sent your team an email but I would appreciate if you would please chase.”

A Parasol spokesperson said: “We are working with a team of IT experts to ensure we get back to normal operations as quickly as possible and we have informed the relevant authorities.

“We know that this disruption is causing understandable concern among Parasol employees and we are very sorry for any inconvenience that has been caused.

“We have put in place contingency plans to ensure people continue to be paid.”

Brookson told the Telegraph it is in a “contingency period” but has started making payments.

We’ve asked for an updated comment and will let you know when we hear back.

If I’ve been affected, am I entitled to compensation?

There’s no law or official scheme forcing payment services or banks to provide compensation if customers are affected by hacks or outages.

However, some do offer refunds if many payments are delayed or cancelled.

We haven’t heard about any Parasol or Brookson refunds, but will let you know if that changes.

And if you’re unhappy with the payroll service response, you can escalate the complaint to the Financial Services Ombudsman (FSO).

Firms with staff working from home have been warned their systems are extra vulnerable to cyber attacks.

And a “significant” cyber attack on the UK’s defence school was rumoured to have been carried out by Russia or China.

Here’s the simple mistake you must avoid to stay safe from a personal computer hack. 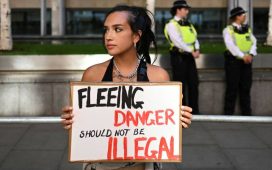 Is the stock market open on July 4? 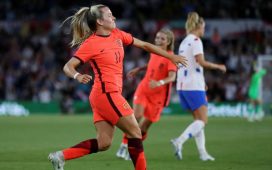