Cryptocurrency, once an obscure corner of the financial world, is going mainstream.

It made its debut on the New York Stock Exchange on Oct. 19 in a ProShares exchange-traded fund tied to bitcoin futures. Artists are making millions selling “tokenized” digital works. And crypto exchanges are advertising on prime-time TV alongside banks and insurers.

But individual investors considering crypto are likely to encounter a world different from what they’ve seen in traditional finance. Prices can fluctuate wildly amid rapid trading in assets backed only by blocks of computer code.

Despite the complexity, experts following the sector say the approach to investing in cryptocurrency isn’t so different from other investments that have a high-risk profile: Don’t invest money you can’t afford to lose, make sure you’ve got your other financial bases covered and remain patient.

“Most of the information that people come across is about crypto trading. It’s about how to buy the next hot crypto. It’s about how to identify the next coin that’s going to the moon,” says Steve Larsen, a certified financial planner in Washington state. “Crypto investing is very different. It’s about buying something that has some fundamentals that you think are going to have value over the long term.”

Larsen, who trains investment advisors to talk to their clients about digital assets, says he believes that the underlying technology, known as blockchain, has potential. In a blockchain network, computers work together to authenticate transactions without the help (and massive costs) of central authorities such as banks or government regulators.

1. Are you in a position to buy crypto?

Generally, if you decide to buy crypto, it belongs in a cluster of relatively risky assets that make up a small percentage of your overall portfolio — 5% to 10% is one common guideline.

Larsen says he doesn’t recommend that anyone invest in cryptocurrency before meeting other goals for both short- and long-term financial health. He says investors should extinguish any consumer debt, for instance, and make sure they’re investing enough to get their employers’ matching contributions to retirement accounts such as 401(k)s.

Beyond that, buying into crypto doesn’t require a substantial financial commitment. Some online exchanges allow customers to buy in increments of a dollar or less.

Mati Greenspan, chief executive of the research firm Quantum Economics, says one way to get into crypto is to put aside a few spare dollars per week.

2. Have you done your homework?

Crypto exchanges in recent years have made buying, holding and selling easier. However, if you don’t want to delegate the security of your funds to the operators of the exchange, you’ll have to do some research into how digital wallets work and which one is best for you.

More broadly, though, it helps to understand what blockchain technology is, how competing products are using it and which ones have a shot at success. In addition, there’s a lot of hype around cryptocurrencies, which means investors should have their eyes open for red flags.

“This industry is riddled with coins that have no use case and in many cases are actual outright scams, meaning that they’re just people that are out to get your money,” says Greenspan, who’s based in Tel Aviv, Israel. The trick, he says, is to find the true innovators.

While you might not need a background in coding, it’s worth the effort to look into how a cryptocurrency can be used. One way to do this is to read the white paper, an often technical document laying out how a network will operate.

Bitcoin, for instance, is built to be actual digital money used as payment for goods and services.

Ether, the second-most valuable cryptocurrency, can also be used as payment or to compensate users who help run the Ethereum network. The network is built to execute “smart contracts” that can be settled automatically when certain conditions are met.

Greenspan recommends looking at how the supply of a cryptocurrency is distributed, including whether there’s a maximum supply that can circulate.

He says such inquiries “might be very tedious, but they’ll certainly give you a major spotlight into what’s going to happen with the price of the coin over time.”

3. How will you diversify?

All cryptocurrency faces one inherent risk: Blockchain technology is pretty new, and no one knows for sure that it will deliver the economic benefits that its supporters are counting on.

“Any investment … in any crypto asset out there is a bet on the future that transactions, assets and information at large is going to be increasingly stored and transmitted on an underlying blockchain,” says Sean Stein Smith, an assistant professor in business and economics at Lehman College in New York City.

And even if blockchain meets the expectations of people investing in the field, there will still be cryptocurrencies that don’t pan out. Greenspan recommends distributing your investments among several assets that you believe have long-term potential.

There aren’t many options within the cryptocurrency space that are comparable to mutual funds or other investment vehicles that give everyday investors broad exposure to many assets.

In addition to the new bitcoin-linked ETF (ticker: BITO), some exchange-traded funds focus on companies working on blockchain-related endeavors. Other ETFs that have been proposed would actually hold crypto, but those have yet to be approved. Investors may also consider the stock of companies in the cryptocurrency industry, such as Coinbase.

Regardless of how you approach cryptocurrency, investment diversification should be considered across your entire portfolio, and alternative investments should typically comprise only one small part of that.

The author owned bitcoin at the time of publication. NerdWallet is not recommending or advising readers to buy or sell bitcoin or any other cryptocurrency.

The article 3 Questions to Ask Before You Buy Cryptocurrency originally appeared on NerdWallet. 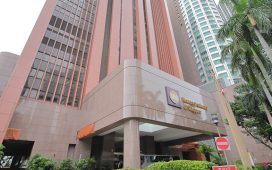 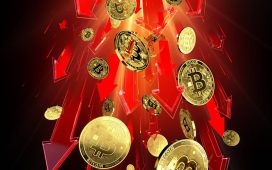 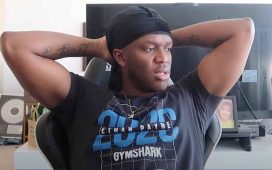 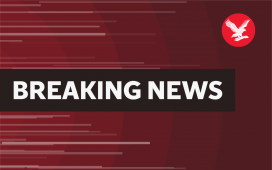