By Stacy Liberatore For Dailymail.com and Ryan Morrison For Mailonline

Astronomers have spotted a new visitor in Earth’s gravity – a mini-moon.

NASA-funded Catalina Sky Survey discovered a temporarily captured asteroid, called 2020 CD3, which has been orbiting our planet for three years.

The tiny cosmic object is estimated to about six to 12 feet in diameter and has a surface brightness similar to C-type asteroids, which are carbon rich and very common.

This rare sighting is ‘big news’ due to the fact that there are more than a million known asteroids, but this is only the second one to orbit Earth.

Scroll down for videos 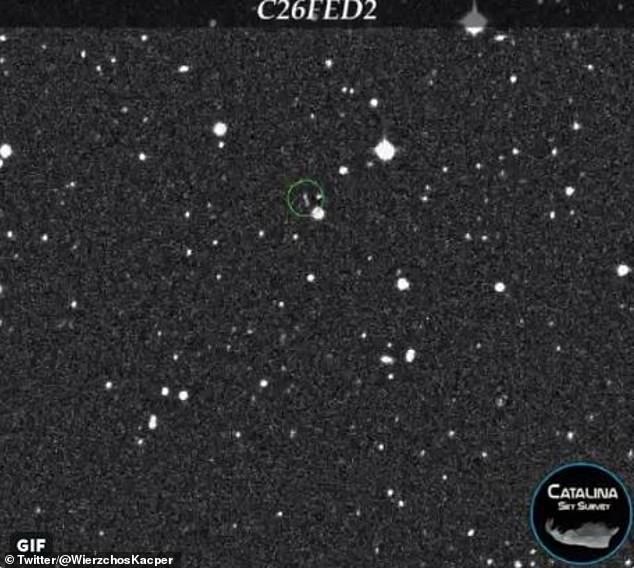 NASA-funded Catalina Sky Survey discovered a temporarily captured asteroid, called 2020 CD3, which has been orbiting our planet for three years

Although there are more than a million know asteroids in the solar system, this is the second one to orbit Earth.

The organization is based at the University of Arizona’s Lunar and Planetary Lab in Tucson, Arizona and is focused on tracking and discovering near-Earth objects.

Their latest find, 2020 CD3, was seen in the night sky of February 15th by astronomers Kacper Wierzchos and Teddy Pruyne.

(2/3) The object has just been announced by the MPC and its orbit shows that it entered Earth’s orbit some three years ago. Here is a diagram of the orbit created with the orbit simulator written by Tony Dunn: pic.twitter.com/2wsJGtexiO

The mini-moon was then spotted four times by February 17th, which was enough evidence for experts to confirm it is orbiting our planet.

‘BIG NEWS. Earth has a new temporarily captured object/Possible mini-moon called 2020 CD3. On the night of Feb. 15, my Catalina Sky Survey teammate Teddy Pruyne and I found a 20th magnitude object,’ Wierzchos shared in a tweet on February 25th, after the Minor Planet Center, a branch of the International Astronomical Union classified the asteroid as a temporarily captured object.

The team has compared its size to that of a washing machine and believes it has been circling Earth for about three years, based on orbital trajectory calculations.

The last mini-moon to appear in Earth’s gravity was last year and it fell from the sky over Australia.

READ  Books for our time: seven classics that speak to us now - Nature.com

The fireball was first spotted by Australia’s Desert Fireball Network in August 2016 and at the time astronomers thought it was a normal meteor. 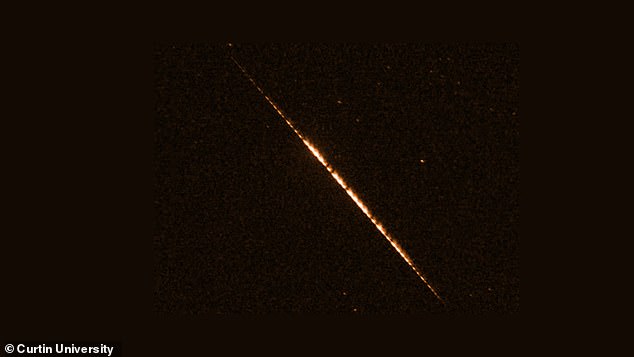 Researchers studying its trajectory say the fireball, called DN160822_03, actually circled the Earth before losing orbit, making it a mini-moon.

Only one other mini-moon has ever been observed with a telescope and it orbited the Earth for 11 months before flying off into space.

In 2006, the University of Arizona’s Catalina Sky Survey discovered a mini-moon about the size of a car. Known as 2006 RH120, it orbited Earth for less than a year after its discovery, then resumed orbiting the Sun.

Our Moon, walked on by Neil Armstrong, Buzz Aldrin and others from the Apollo missions, is 2,000-miles in diameter and has orbited the Earth for four billion years.

In contrast a mini-moon is thought to be a few feet across and only orbits the planet for less than a year before resuming its life as an asteroid or falling to Earth as a meteor fireball. 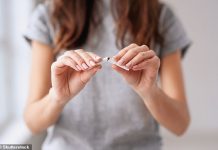 Stopping COVID-19 in Its Tracks: Science Gets the Upper Hand – Modern Diplomacy 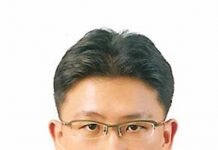 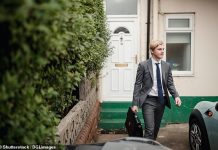 Antarctica: Discovery like 'something from a science fiction film’ found below ice exposed 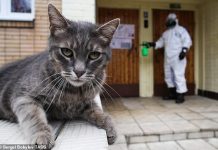 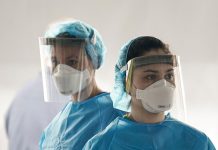 End of the world? This distant dead planet could be a preview of Earth’s...

Fake moon landings and a flat Earth: why do athletes love conspiracy theories?