Today’s Cache dissects the big themes at the intersection of technology, business and policy. Written by John Xavier, tech news lead at The Hindu

Last week, the lone western social media firm to operate in China said it is shutting down its service in the Asian nation. LinkedIn expanded its platform to users in China seven years ago. Back then, it acknowledged it would have to censor some of the content people posted on its website to comply with Chinese rules.

Since then, the Microsoft-owned company’s moves within China’s tightly regulated Internet sector have been watched closely. This year, doing business inside the communist country became increasingly difficult for the American company.

In March, it paused new sign-ups, saying it was working to comply with Chinese laws. Then, in September, the professional networking platform blocked several profiles of journalists and academics that contained information sensitive to the country’s government.

Also read | Microsoft to shut down LinkedIn in China

Now, LinkedIn has said it will provide a stripped-down version of its application by the end of this year. The company cited “a significantly more challenging operating environment and greater compliance requirements” as reasons to turn down its service into a plain-vanilla job board offering.

LinkedIn is not alone. At least, the networking site had an opportunity to say what it was doing. There were some apps that were simply removed from Apple’s App Store in the Asian nation.

According to advocacy group AppleCensorship, since the end of September, at least 9 religious apps, which were previously available in China, were removed by the App Store in the country.

The makers of apps for reading and listening to the Quran and Bible have said their apps have also been removed from Apple’s China-based store at the government’s request, the Associated Press reported.

The developers of Quran Majeed app are awaiting more information from China’s Internet authority about how the app can be restored, the report added. The app has nearly 1 million users in China, and about 40 million worldwide.

The maker of a Bible app had removed its app after it was told by Apple that the store review needed special permission to distribute an app with “book or magazine” content, according to AP.

The sunset of LinkedIn in China and the disappearance of holy book apps in the Asian nation show that the crackdown isn’t limited to business and data.

To get Today’s Cache delivered to your inbox, subscribe here. 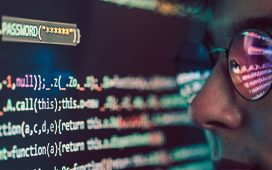