Britons may have to pay a social cost for delaying the spread of the coronavirus, including potential restrictions on large gatherings or school closures lasting more than two months, the UK’s chief medical officer has warned.

Insisting there was “no quick fix” for the outbreak that began in China but is now spreading rapidly in parts of Europe, Chris Whitty stressed that, if the outbreak became a pandemic, the UK could not escape it.

He forecast that transmission within the UK was highly likely if the outbreak continued and suggested that a public discussion would be needed about how much disruption Britons were prepared to tolerate.

He added that the aim of the authorities was to try to contain the outbreak until later in the year, when the NHS was not facing winter pressures and research might have advanced further. But he acknowledged that while “flattening the peak” of the outbreak would be “good” for the NHS, “some of the things we would have to do would come at a social cost”.

These would include reducing mass gatherings and closing schools “which may or may not be appropriate for this particular virus”. He went on: “To be clear we are not saying we will do [these measures] but we have to look at them and how likely they are to work.”

Speaking at the same event, Matt Hancock, health secretary, endorsed Prof Whitty’s comments and said “we are doing everything reasonably possible to keep the public safe”. He emphasised the health service’s preparedness, referring to a contingency plan drawn up in 2011 for a major flu epidemic that provides for the cancellation of non-urgent operations to ease pressure on the NHS.

Prof Whitty suggested it was important to distinguish between measures that would be effective and others that would have little or no effect. People had “a perfectly reasonable belief that if we banned a few flights that is going to solve the problem”, he said. But he pointed out that banning even large numbers of flights would delay the spread by only about 15 days.

He did not believe there was an immediate prospect of a vaccine or new drug to treat the illness, but suggested that repurposing existing drugs and understanding the disease through a combination of science and modelling would be the initial approach.

Addressing the same conference, Simon Stevens, chief executive of NHS England, said the health service was seeing big increases in inquiries to the telephone advice service, 111, and was “ramping up staff there” as well as introducing new forms of home and “drive by” testing for the virus.

Highlighting the cancellation of sporting fixtures in Ireland in the last 36 hours, and Prof Whitty’s suggestion that school closures might need to be examined, he said any action taken would depend on the views of the government’s scientific and clinical advisers and would need to be “proportionate”.

Thought was being given as to whether there was a way of “reducing the intensity and the pressure on the NHS,” he added.

There are 15 confirmed cases of coronavirus in the UK. On Thursday a handful of schools closed around the country because of suspected cases of the virus. They included Dulwich Prep, a 850-pupil boys school in London, which shut its doors when two pupils fell ill after returning from holiday in a high-risk “category 2” area in Italy. In the Derbyshire town of Buxton, Burbage primary school was closed after a parent was confirmed to have the virus, and a local medical practice was also forced to close.

Government advice states there is “no need” for school closures in suspected cases of the virus, and advises schools to liaise with Public Health England in all cases. However, the Department for Education said “headteachers have the freedom” to decide whether to close a school. 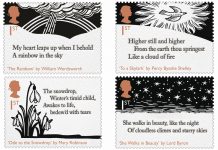 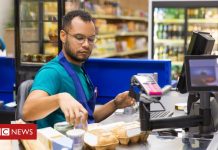 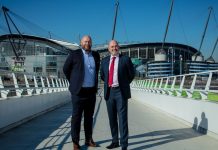 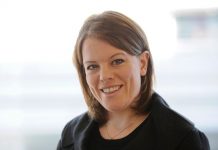 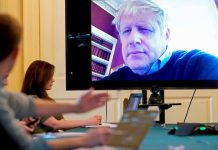 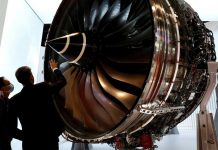 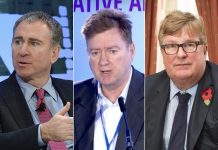 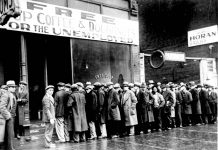 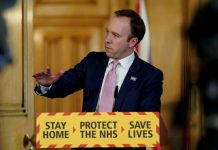