Once you have obtained a director identification number (DIN), it sticks to you like a shadow and — barring limited circumstances — you cannot voluntarily surrender it. Several corporate law experts hold that former directors, who have no wish to continue on other boards, should be allowed to surrender their DIN. Ongoing compliance is especially challenging for erstwhile foreign directors.

A recent news item that the government has decided to deactivate the DINs of as many as 21 lakh directors was followed by a frenzy of messages on social media groups. The reason? After September 15, which was initially set as the last day for the KYC compliance, several top political leaders and a few Bollywood superstars had their DIN deactivated. TOI verified this and also noted that these individuals were no longer directors on the board of any company, including those once promoted by them.

A few days later, the government gave defaulting directors another chance — KYC details can now be filed by October 5, with a fee of Rs 500 (reduced from Rs 5,000). According to industry watchers, this extension may get a lukewarm response.

Rule 11 of the Companies (Appointment and Qualification of Directors) Rules, 2014, is restrictive when it comes to surrender of a DIN (see graphic). J Sundharesan, founder of a firm of practising company secretaries, points out, “As regards voluntary surrender, a DIN holder can do so only if he/she has never been associated as a director in any company and the said DIN has never been used for filing of any document with any authority.” But such instances are rare, and holding a DIN comes with its annual KYC filing obligations and intimation of any change in particulars such as address.

“Some individuals may have obtained a DIN in specific circumstances which no longer apply, such as acting as a first director to facilitate company incorporation. Or by a foreign national on secondment as an MD to India for a limited duration, who may now have moved on, or by a director of a company which has been liquidated. Even if these individuals have no intention to act as directors in other Indian companies, under current law they all still need to make filings and maintain their DINs,” explains Bharat Varadachari, partner and national leader (global compliance) at EY India.

While the annual form is to be e-filed, both Varadachari and Sundharesan say that erstwhile foreign directors face greater compliance challenges, such as notarisation of identification documents.

“If an individual chooses not to be a director, he/she should have the ability to surrender DIN and all formalities that go alongside. Perhaps here a distinction should be made in regards to executive and non-executive directors. Of course, DIN records would exist to take care of past activities,” says Simone Reis, leader (M&A) at law firm Nishith Desai Associations.

But there are practical issues. “Once DIN is surrendered, the corporate affairs ministry’s database may show no past association with any companies and stakeholders like creditors, shareholders, foreign investors, various authorities will face challenges in identifying directors in companies where non-compliance or frauds have occurred. An option like keeping the DIN dormant or inactive for filing can be considered,” suggests Vedashri Bhilare, partner at GHV & Co, a firm of practising company secretaries.

READ  Why Elon Musk says taking 'vacations will kill you'

On the flip side, Shankar Jaganathan, CEO at CimplyFive Secretarial Services, does not view the inability to surrender as a material issue. Holding a DIN does not prevent anyone from undertaking other roles, is his take.

Amid global pandemic: What is Britain without the pub? 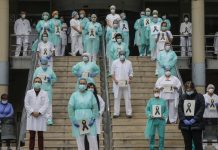 Global coronavirus deaths surge past 100,000, doubling in nearly a week

PM Boris Johnson up and walking in COVID-19 recovery as UK deaths near 9,000 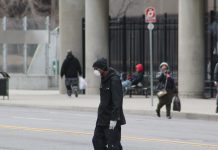 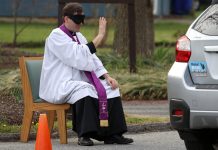 In photos: Religion around the world in the age of coronavirus

Trump puts blame for child deaths at border on Democrats