By Jeff Mason and Susan Heavey

WASHINGTON: The Trump administration is asking Congress for $2.5 billion to fight the fast-spreading coronavirus, including more than $1 billion for vaccines, the White House said on Monday.

With financial markets falling on concerns that the virus will have a significant impact on the global economy, the Trump administration is eager to show it is prepared to combat the virus despite the limited number of cases so far in the United States.

The virus has spread to some 29 countries and territories beyond mainland China, with outbreaks in South Korea, Iran and Italy.

“The Trump administration continues to take the spread of the COVID-19 Coronavirus Disease very seriously. Today, the administration is transmitting to Congress a $2.5 billion supplemental funding plan to accelerate vaccine development, support preparedness and response activities and to procure much needed equipment and supplies,” said Rachel Semmel, a spokeswoman for the White House Office of Management and Budget.

The money will be used for therapeutics, vaccine development and the stockpiling of personal protective equipment such as masks, the White House said.

House of Representatives Appropriations Committee Chairwoman Nita Lowey, a Democrat, said in a statement the Trump administration’s funding request was “woefully insufficient to protect Americans from the deadly coronavirus outbreak.”

House Speaker Nancy Pelosi said late on Monday that the supplemental funding requested by Trump is “undersized” and “completely inadequate to the scale of this emergency”.

“The House will swiftly advance a strong, strategic funding package that fully addresses the scale and seriousness of this public health crisis,” Pelosi said in a statement.

The United States has not seen the virus spread through its communities the way that China and other countries have experienced, but health officials are preparing for the possibility even as Americans affected so far have been quarantined.

There have been 53 confirmed U.S. cases of the new coronavirus so far – 14 in people diagnosed in the United States and 39 among Americans repatriated from the outbreak’s epicenter of Wuhan, China, and from the Diamond Princess cruise ship quarantined in Japan, according to the U.S. Centers for Disease Control and Prevention.

U.S. health officials have warned that cases among repatriated citizens will likely increase.

The CDC warned Americans on Monday to avoid travel to South Korea because of the virus.

“We have aggressively worked to combat the spread of this virus, tried to prevent it as best we could from coming into this country,” White House spokesman Hogan Gidley told reporters earlier on Monday.

Trump has been at odds with his own White House advisers over China’s coronavirus response. He has sought to downplay the impact of the virus, saying it could fade in April with warmer weather – something health experts said is unknown.

Trump has praised the work of Chinese President Xi Jinping, even as his advisers have questioned the reliability of the information Beijing has shared on the virus and expressed frustration over its reluctance to accept U.S. expertise in combating it.

The Trump administration is also grappling with where to send Americans evacuated from the Diamond Princess who tested positive for the virus after backing off plans to quarantine them in a federal facility in Alabama.

In a statement on Monday, HHS cited a “rapidly evolving situation,” but said the Alabama center was “not needed at this time” and that it was looking for alternatives. 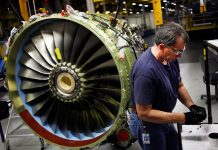 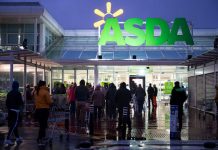 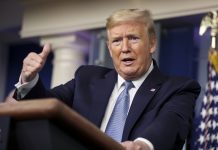 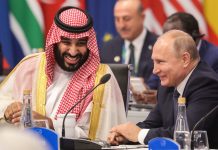 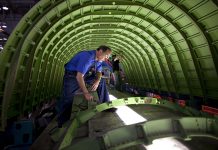 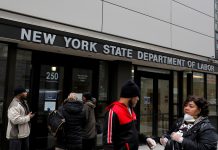 Governors still in the shadows of Democrats' 2020 campaign

Step by step: Democrats play the long game against Trump