Trump claims US is winning trade war with China


President Donald Trump has claimed the US is winning the worsening trade war with China and that his tariffs on imports will help reduce the US national debt, firing back a day after Beijing threatened retaliatory tariffs on $60bn of imports from the US.

“Tariffs are working big time,” Mr Trump wrote on Twitter on Sunday. The day before he had said China was “doing poorly against us” and tariffs “are really hurting their economy”.

The president also compared the fall in China’s stock market to the US’s recent strong performance, arguing that trade tariffs imposed by his administration had led to steel plants reopening across the US.

On Friday, the Chinese stock market lost its place as the world’s second biggest after it was overtaken by Japan for the first time in almost four years. Chinese stocks have lost $2.29tn in value since their high in January, falling 27 per cent over eight months. The fall reflects investor anxiety over the trade dispute with the US, as well as worries about China’s expanding debt pile and slowing economic growth.

On Saturday, Mr Trump incorrectly claimed the 27 per cent fall had happened in the past four months.

However, US government debt held by the public is projected by the Congressional Budget Office to grow from 76.5 per cent of gross domestic product last year to 96.2 per cent in 2028, as deficits swell because of Republican-led tax cuts and rising public spending.

Customs duties were a tiny share of US government revenue last year, raising only $35bn, or 0.2 per cent of gross domestic product, according to CBO projections that predicted $38bn of revenue this year. Those estimates do not include the imposition of new tariffs, for example, on steel and aluminium imports. But they come in the context of deficits that the CBO said in April were on course to hit $1tn a year by 2020.

Diane Swonk, chief economist at Grant Thornton, said revenue from tariffs was “pretty small” and that any positive effects on revenue would be countered by the damage tariffs do to economic growth. “They also encourage retaliation which damages US business as well,” she added.

Concerns over short-term growth have led China’s leadership to signal its intention to stimulate the economy through looser monetary policy. The Chinese economy expanded at its weakest pace since 2016 in the second quarter, and most economists expect further deceleration.

On Friday, Beijing threatened to impose new tariffs on $60bn worth of imports from the US, saying Washington had created an “emergency situation” for China through its proposal to raise the rate of threatened tariffs on $200bn of Chinese exports to 25 per cent, up from 10 per cent. The US tariffs could take effect next month. China’s commerce ministry said on Friday that “the implementation and date of [Chinese] tariffs will be decided by US actions”.

With no sign that either side is willing to back down, the chances of an all-out trade war between the world’s two largest economies looks increasingly likely. The International Monetary Fund and others have warned this could derail global growth.

China’s new tariff list threatens a 25 per cent tariff on liquefied natural gas, a potential blow to US LNG companies, for whom China is the third-largest export market.

Since the outbreak of trade hostilities between the two countries China has targeted politically sensitive US exports that are made in Mr Trump’s voter heartlands. In response, the US president has had to pledge $12bn in aid to support farmers hit by China’s previously announced retaliatory tariffs. Last week he was criticised by business and farm groups for announcing further tariffs.

The two sides have already imposed tariffs on $34bn worth of one another’s exports. Beijing’s Friday announcement brings the value of trade threatened by Chinese tariffs to $110bn, compared with $130bn worth of goods that China imported from the US last year. The US is targeting $250bn worth of Chinese imports, out of a total of $505bn in 2017. Because of the US’s large trade deficit with China, the US has more leeway to announce tariffs on other types of products imported from China.

Only hours before the latest Chinese tariff threat on Friday, Wang Yi, Chinese foreign minister, met Mike Pompeo, US secretary of state, in Singapore on the sidelines of an Association of Southeast Asian Nations meeting.

“We have reached agreement on the broad direction,” Mr Wang told state media. “With the prerequisite of equal treatment and mutual respect, we are willing to resolve these issues through negotiations with the US.” 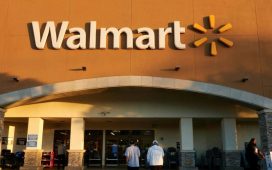