In a speech at the Heritage Foundation earlier this week, Secretary of State

laid out the Trump administration’s conditions for a new deal with Iran. These conditions include not only the permanent cessation of Iran’s nuclear and ballistic missile programs but also the complete reversal of decades of Iranian regional policy. It is inconceivable that Tehran would agree to anything of the sort, which points to the real objective of the administration’s policy—regime change.

Indeed, Mr. Pompeo said as much: He noted that Supreme Leader

had been in power since 1989 and said the Iranian people wouldn’t “abide the rigid rule of tyrants forever.” Making sure no one missed the point, he also said, “At the end of the day, the Iranian people will get to make a choice about their leadership. If they make the decision quickly, that would be wonderful.”

Meanwhile, the U.S. will impose the toughest and most comprehensive sanctions in history, including not only primary sanctions on Iran but also secondary sanctions on anyone who continues to do business with the country. Conceding that this strategy will pose “financial and economic difficulties for a number of our friends,” Mr. Pompeo made clear the administration wouldn’t relent.

“We will hold those doing prohibited business in Iran to account,” he said. “I’ve spent a great deal of time with our allies in my first three weeks. I know they may decide to keep their old nuclear deal going with Iran. That is certainly their decision to make. They know where we stand.”

termed the administration’s demands a “new jumbo Iran negotiation” and declared—with uncharacteristic understatement—that success wouldn’t be “very easy to achieve in anything like a reasonable time scale.” Claiming that the U.S. had “walked away” from an agreement with clear benefits for the West, Mr. Johnson said that Europeans would be discussing “how to take it forward.”

the European Union’s high representative for foreign affairs and security policy, went further. The Iran deal was “the result of more than a decade of complex and delicate negotiations,” she said. “The normalization of trade and economic relations with Iran constitutes an essential part of the agreement, which should be upheld by the international community.” Noting that the agreement wasn’t designed to address all issues in the West’s relationship with Iran, Ms. Mogherini said that the U.S. secretary of state had not shown how scrapping the deal “will make the region safer from the threat of nuclear proliferation” or put the Western alliance in a better position to influence Iran’s conduct in other areas. “There is no alternative,” she concluded.

In the short run, the

administration will probably be able to force the Europeans to halt economic dealings with Iran because their stake in the U.S. economy is orders of magnitude greater. In the longer run, however, this course of action risks permanent damage to the trans-Atlantic alliance. As the Brookings Institution’s

puts it, “The casual disregard, the back of the hand that was given to Europeans” will be “incredibly counterproductive” and prompt “a lot of anger and resentment.”

This prospect does not worry President Trump, who appears to regard the alliance as an outdated burden that limits American freedom of action without delivering commensurate benefits. If you don’t care all that much about democracy and believe that the U.S. can achieve its security objectives on its own, then the alliance’s seven-decade history promoting freedom, security and prosperity seems like an afterthought.

It is possible, I suppose, that the Iranian regime will collapse under the weight of U.S. pressure. But the odds are low, especially if the two non-Western Iran deal signatories—China and Russia—refuse to go along and instead step up their economic dealings with Tehran. If the Iranians continue to abide by the terms of the agreement, they can probably ride out the storm while deepening the split between the U.S. and Europe. Tehran can also further unleash its regional proxies, forcing the Trump administration to extend America’s military involvement as the head of the anti-Iranian coalition.

We are on a path that could lead to war with Iran. The administration had better consult Congress and the American people before it reaches the point of no return. 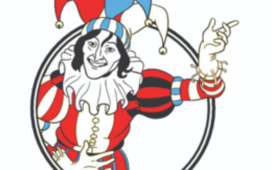 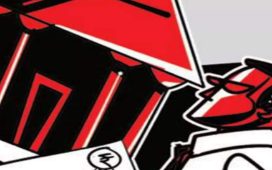