In Donald Trump’s The Art of the Deal, the future US president extolled the value of talking big. “People want to believe that something is the biggest and the greatest and the most spectacular,” Trump wrote, or at least his ghostwriter did. “I call it truthful hyperbole. It’s an innocent form of exaggeration – and a very effective form of promotion.”

Standing alongside the European commission president, Jean-Claude Juncker, in the rose garden of the White House on Wednesday, Trump stuck with that tried and tested philosophy. “This was a very big day for free and fair trade, a very big day indeed,” he boasted after their three-and-a-half hour meeting.

In response, Juncker, more muted but still vulnerable to the charge of exaggeration, told reporters: “I came for a deal – we made a deal.”

But what did it really amount to? “Talks about talks,” said one senior EU diplomat attached to a member state.

In return for Trump not escalating the continuing transatlantic trade war by hammering European, particularly German, carmakers, the EU said it will open negotiations on zero tariffs and non-tariff barriers on industrial goods, apart from cars and car parts.

It will also hold off on a further raft of retaliatory tariffs on €20bn (£17.8bn) of goods, including suitcases and photocopiers, which were lined up to join the levies on US products including agricultural goods, Harley Davidson motorcycles and bourbon.

Juncker mysteriously suggested the EU would be importing a load of soya beans to help farmers in the US midwest hit by Chinese tariffs.

“But these are decisions made by private companies – unless the commission is suddenly going to be buying up beans,” a puzzled EU diplomat said.

On returning to Brussels, EU officials who had been with Juncker and Trump in Washington conceded that, indeed, the promises had been made with full knowledge that market forces would lead to increases in imports of soya beans and LNG, rather than any action by the EU. “We are not going to turn into a Soviet-style economy,” one said.

LNG is becoming a cheap alternative for Europe. The EU announced in December that it would invest €101.4m in the construction of a terminal in Krk, Croatia, as part of its attempt to diversify and reduce dependence on Russian pipelines.

Meanwhile, a 25% tariff imposed by China on US soy imports earlier this month is expected to reshape the global market. Brazil, the second-largest producer behind the US, will sell more to China. US exporters will therefore turn to Europe, where there will be less competition due to Brasília’s change of focus. The import figures in six months’ time will bear out Juncker’s promise.

And, as positive as the trade deal on industrial goods sounded – a bastardisation of the Transatlantic Trade and Investment Partnership aborted by Trump – the EU has a policy of not agreeing deals with states that are not signed up to the Paris climate deal, so it is difficult to see where it will go.

Guntram Wolff, the director of the Bruegel thinktank in Brussels, said the White House talks, for all that, should be seen as a success for both sides. The US president had been coming under domestic pressure as exporters started to feel the effect of existing EU tariffs, and may have been looking for a way to avoid further escalation ahead of the US mid-term elections.

Juncker was able to buy the German car industry more time. While refusing to engage in the hand-holding that caused Theresa May trouble, he was clearly also able to build a personal relationship with the US president.

Indeed, there remains deep scepticism among EU member states. France and the Netherlands had been particularly strong on not wanting the commission to negotiate with Trump unless he withdrew the punitive tariffs on European steel and aluminium that started the trade war in the first place.

The French president, Emmanuel Macron, was one of those who insisted the EU would not negotiate with a gun to its head, and had called for the metal tariffs to be dropped in order for wider trade negotiations to progress.

The 28 member states had additionally agreed at a summit in Sofia in May that any deal on industrial goods with the US would come with a price tag in the form of a deal on public procurement, opening up US contracts to EU providers.

“We don’t want to give away anything for free,” said an EU diplomat. “And that gun is on the table and the bazooka of tariffs on cars is just in the cupboard and could come back at any time.”

“Each side, the Europeans and the Americans, must find something in these discussions. Any trade deal must be based on reciprocity. We don’t want to enter into a negotiation [on] a wide-ranging deal,” he said.

Le Maire added that previous failures to make progress on a free-trade deal showed the limits of a potential agreement.

Paris will insist the EU should not make concessions “under constraint”. Concessions by Brussels need to be matched by those from Washington, a French source said. And the US must “respect EU standards and norms”.

A senior diplomat, in reference to Neville Chamberlain, told The Guardian: “Maybe it is a good deal – we will have to see. But maybe it is just ‘peace for our time’, and that’s a different matter.” 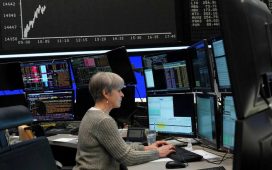 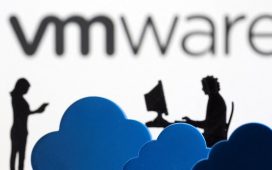 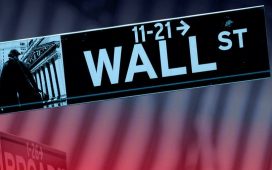