The Trump administration faces obstacles in any attempt to overhaul the US capital gains tax regime without having the help of Congress — an initiative that could cost $100bn or more over 10 years.

The hurdles would include challenges to the legality of the move, on top of political criticism and doubts over the economic benefits.

The Treasury has been examining the merits of adjusting capital gains taxes for inflation — in effect a tax cut that would confer major benefits on well-off Americans. In comments over recent weeks, Secretary Steven Mnuchin said his department would look at whether it could enact the reform through administrative action if Congress does not pass legislation on the measure.

However, officials stress that no decisions have been made and analysis of the economics of such a measure is still under way. “We are in the due diligence phase,” said a senior Treasury official. President Donald Trump asked the Treasury to look into the matter, a White House spokesman said this week.

It is unlikely that action could be taken before the midterm elections in November — the changes would be enthusiastically portrayed by Democrats as another tax handout to the rich on top of the $1.5tn cuts pushed through in December.

Estimates from the Congressional Research Service suggest as much as 90 per cent of the benefits would go to the top 1 per cent of households.

Steve Moore, a visiting fellow at the Heritage Foundation and former tax adviser to the Trump campaign, said he believed the measure was under “serious consideration” but that it would likely face legal challenges if done without legislation. “It would be good for the economy,” he said. “This is something we as free market people have been talking about for a long time.”

Grover Norquist, president of lobby group Americans for Tax Reform and a vocal proponent of the move, said he was bullish about its chances of going ahead and argued it would benefit a large swath of the population through broad share ownership. “The stories will be positive and pro-growth,” he said.

Presently, when assets are sold the tax is calculated on the nominal difference between the initial cost and sale price.

But conservative advocates for reform argue that the Treasury could redefine what is meant by “cost” without the need for new legislation, meaning that only returns in excess of inflation would be subject to tax.

Experts said the Treasury would face hurdles in convincing itself of the legal basis of such a step. The administration of George HW Bush looked at the matter in 1992 but government lawyers decided at the time that legislation would be needed. Daniel Hemel, a University of Chicago Law School professor, recently wrote a paper with David Kamin of NYU Law, concluding that if anything developments subsequent to 1992 have strengthened legal arguments that the Treasury would be exceeding its authority if it unilaterally introduced inflation indexing.

Mr Hemel also disputed arguments that no one would have legal standing to challenge the decision in court, saying there were several categories of individuals who could establish they were harmed by such a change.

Conservative judges in particular might take a restrictive view of the department’s ability to make such a major unilateral decision about the tax code. “Those are all tough things for the Treasury to contend with if it wants to move forward on this,” he said in an interview.

Moving to introduce capital gains indexation would have complex implications with ripple effects across the tax system. Leonard Burman of the Tax Policy Center think-tank pointed out in a note this week that if taxable gains were discounted but capital expenses were fully deductible, it would allow “smart taxpayers” to generate large paper losses.

Kyle Pomerleau of the Tax Foundation said that while there were arguments for reform to the treatment of inflation in the code, a higher priority should be to reform depreciation allowances for capital investment, which would deliver a bigger economic boost, while expanding retirement accounts to lift incentives to save.

There is also a question over whether the measure would apply retroactively to gains accumulated over past years, rewarding past investment decisions, or only to future ones. “There are other ways that lawmakers or the administration could improve the tax code more than simply doing the inflation adjustment of capital gains,” Mr Pomerleau said.

Analysis from the Penn-Wharton Budget Model suggests adjusting capital gains for inflation would cost more than $100bn over 10 years, adding to a deficit that is already dramatically wider than would normally be expected in a major economic upswing.

Despite such risks, the move could yet gain traction. “We have a president who is more willing to push the legal bounds, and more comfortable in taking decisions that may be overturned a couple of years down the road,” said Marc Sumerlin of Evenflow Macro, a consultancy. “You also have a legacy of people who think it should have been done during the first Bush administration and have been waiting for a long time for another opportunity.” 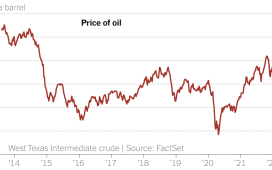 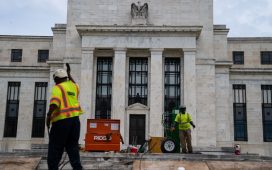 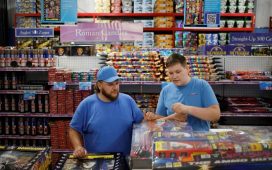