Trump Team Split Over Iran Oil Waivers Ahead of Next Deadline 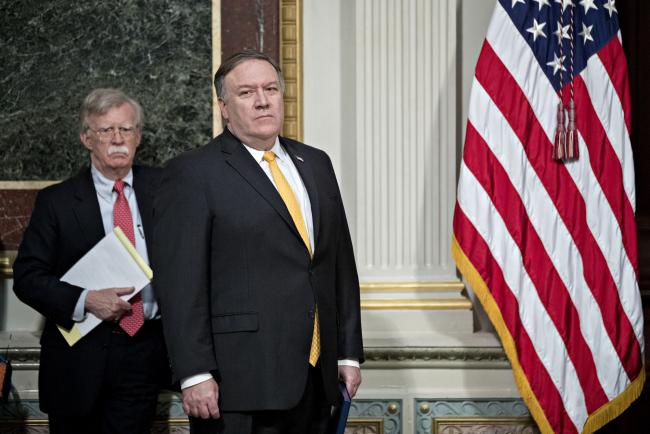 (Bloomberg) — President Donald Trump’s national security team is deeply divided over whether to let a small group of countries keep buying Iranian oil after a U.S. deadline on sanctions waivers expires in May. Now that fight is getting ugly.

The division — primarily between John Bolton’s National Security Council and Michael Pompeo’s State Department — has led to rising frustration and flared tempers. It’s exposing fault lines over how the president’s most senior advisers approach the Iran issue, according to four people familiar with the debate who asked not to be identified discussing the internal deliberations.

Above the fray, at least for now, is a president who must weigh competing priorities. While Trump wants to make good on his “maximum pressure” campaign against Iran and strong-arm it into meeting U.S. demands — including ending its ballistic missile tests and support for Hezbollah — there’s also concern that squeezing Tehran too much will lead to a spike in oil prices. That could raise gasoline costs for U.S. drivers as the 2020 election approaches.

Favoring a tougher tack, Bolton and his team point out that prices remain low — about $59 a barrel as of Monday. But that could change quickly depending on production moves by OPEC nations as well as the administration’s separate efforts to choke off Venezuelan oil sales in a bid to push President Nicolas Maduro from office.

“The administration will really be weighing its desire to put the screws further on Iran against its allergy to oil over $70 a barrel,” said Meghan O’Sullivan, a former deputy national security adviser now at the Harvard Kennedy School. “It is risky for the administration to think that it can drive a hard policy which contracts the oil supply from both Iran and Venezuela simultaneously.”

A spokesman for the White House National Security Council said agencies are coordinating closely to apply maximum pressure on Iran. A State Department official said the U.S. goal remains to get to zero Iranian oil exports as quickly as possible, adding that the secretary of state alone has the discretion to grant exemptions.

There’s little doubt the U.S. sanctions have pinched Iran: Oil revenue has tumbled, the rial has been battered and shortages of meat, medicine and gasoline are spreading. Iran’s supreme leader this week even called European efforts to sustain trade with Iran outside of U.S. sanctions “a joke.”

Trump has until the first week of May to decide whether to issue new waivers to eight governments — China, India, Japan, Turkey, Italy, Greece, South Korea and Taiwan — that were allowed in November to keep buying Iranian oil without facing penalties. The current speculation is that the biggest buyers of Iranian crude, including China and India, will get waivers again.

But Bolton and officials in the Energy Department argue that it’s time for the administration to make good on its demands to push Iran’s oil exports to zero. Pompeo’s team, led by Iran special representative Brian Hook, caution that a sudden removal of Iranian crude from the market — about 1.1 million barrels a day — would fuel volatility and lead to a price spike.

A key analyst who has advised the White House on its approach said the intensifying squabble underscores just how much more politicized the debate over the waivers has become as the U.S. presidential election in 2020 grows nearer.

“If you think Trump will be a two-term president, you have about six years and you can afford to go more slowly,” said Mark Dubowitz, chief executive officer of the Foundation for Defense of Democracies. “But if you think there’s a risk that he’s a one-term president, then he’s got 21 months left and you want to throw everything you can at the regime.”

Pompeo, a hard-line conservative on most issues, and Treasury Secretary Steven Mnuchin find themselves increasingly isolated from Bolton and their usual allies on Capitol Hill, including Republican Senators Marco Rubio and Tom Cotton, who have argued for the U.S. not to grant any more waivers.

“The Iranian regime uses its petrodollars to fund terrorism and sow chaos throughout the region,” Cotton tweeted on March 18. “Going forward, the proper amount of oil exports from Iran is zero.”

According to two GOP aides familiar with the thinking of Senator James Risch, the chairman of the Senate Foreign Relations Committee, the Idaho Republican believes any new waiver will need “substantial justification” to be granted. Risch also thinks there’s more than enough oil sloshing around global markets to counter the crude removed from Iran, thanks to Saudi Arabia and the U.S., according to the people.

As the debate plays out, Pompeo is also facing pressure from his own ambassadors. According to one of the people, Kay Bailey Hutchison, the U.S. ambassador to NATO, is among several who especially oppose giving Turkey another waiver. They argue that would send the wrong message when the U.S. is pushing NATO allies to cut ties with Tehran.

The debate has moved along enough that Hook and his allies have lost several key supporters who were previously open to the waivers but now believe issuing them sends the wrong signal.

“I’m sympathetic to where Brian Hook and Secretary Pompeo are in striking a balance between zero Iranian oil and global oil prices,” Dubowitz said. “But today’s oil market supports zero. So either you’re running a maximum pressure campaign against Iran or you’re not.” 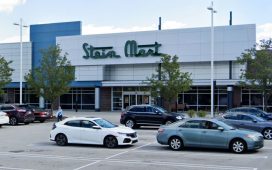 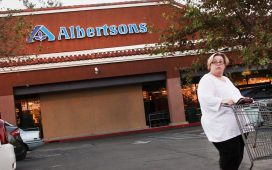 Zomato's paid leave for periods takes on a workplace taboo