Tunisian security officers hold back protesters outside the parliament building in the capital Tunis on July 26, 2021, following a move by the president to suspend the country’s parliament and dismiss the Prime Minister. – Tunisia was plunged deeper into crisis as President Kais Saied suspended parliament and dismissed Prime Minister Hichem Mechichi late July 25, prompting the country’s biggest political party to decry a “coup d’etat”. (Photo by FETHI BELAID / AFP) (Photo by FETHI BELAID/AFP via Getty Images)

Tunisia is facing the greatest test to its young democracy, following a dramatic move by President Kais Saied to oust the country’s government and suspend parliament.

The decision late Sunday triggered vastly opposing reactions — thousands of supporters of the president poured into the streets of the capital Tunis, cheering the ouster of what they viewed to be corrupt and incompetent politicians.

Opponents of the president, meanwhile, particularly members of the Islamist Ennahda party, which make up the majority in parliament, accuse Saied of orchestrating a coup. Saied’s dissolution of the government took place on July 25, Tunisia’s Republic Day, which marked the abolition of its former monarchy in 1957.

Saied himself joined the crowds in the street, who flooded the capital’s iconic Habib Bourguiba Avenue, site of mass uprisings that sparked the Arab Spring in 2011 and the renew of democracy in the country.

“I warn any who think of resorting to weapons … and whoever shoots a bullet, the armed forces will respond with bullets,” he said in a televised statement. Saied said the constitution permitted him to suspend parliament in the event of “imminent danger.”

Saied sacked Prime Minister Hichem Mechichi, claiming constitutional authority to do so, and froze the activities of parliament for 30 days. He said he would continue to lead with a new prime minister.

Saied and the parliament were elected in separate popular votes in 2019. Saied, the 63-year-old jurist and former lecturer, ran as an independent candidate and was favored by many as a populist and political outsider.

Tunisia is considered the only country to have come out of the region’s popular uprisings of a decade ago with a relatively functioning democracy. But critics outside the country and within, including millions of Tunisians themselves, have been unhappy with the pace and scope of progress. They say the North African country’s subsequent governments have failed to bring prosperity, adequate governance or economic improvement.

‘Between fear and hope’

For many young Tunisians, the situation is uncertain.

“It is divided between fear and hope,” Seif, a young Tunisian who witnessed the demonstrations late Sunday night, told CNBC via phone. He recounted the street celebrations when Tunisia’s longtime dictator Zine El Abidin Ben Ali took power in 1987, only to become a more autocratic leader than his predecessor.

“People still have that fear. We see this president as an honest man, from the people, he didn’t come from political or military ranks … he knows the constitution well,” Seif said, requesting his last name be withheld due to professional restrictions. “Maybe that’s why people are trusting him.”

Still, people should be wary, Seif warned, noting that President Saied has taken control of every branch of government.

“The president has to pronounce what’s next in the coming hours, or days — because if he doesn’t make a statement, these confrontations will continue and may erupt in civil unrest. What we need is clarity about his strategy — people want to know if we should side with him or be careful of what might take us to another dictatorship.”

Supporters of Tunisian President Kais Saied chant slogans during a protest in front of the Parliament building, denouncing Rached Ghannouchi, Parliament Speaker and President of the Islamist Ennahda Movement, after President Saied sacked the prime minister and suspended the parliament the night before. 26 July 2021, Tunisia, Tunis.

Despite the jubilant celebrations in the streets, with people even setting off fireworks, some in the country are sounding the alarm.

“This is simply a coup,” Khalil L., a local business owner based in Tunis, told CNBC, asking that his full name be withheld for fear of government reprisal. “I support democracy and democracy is not a matter of opinion.”

“This is completely unconstitutional,” Ben Achour told TV channel France 24 in an interview Monday. “The constitution … outlines a number of conditions that have not been met here, notably the formation of a constitutional court, that still doesn’t exist, unfortunately.”

He argued that the president’s enactment of the constitution’s Article 80, which enables the president to depose the government in situations of “imminent danger,” is out of order and that the current conditions do not justify such a power grab.

But for some Tunisians, any change is welcome, no matter what the means.

“People are fed up, they were celebrating a change,” Seif said. “People say at the end of the day this is a tool for change, even if it’s a coup. Some people in the crowds were saying even ‘this is a coup, and we are with you.’ After ten years, they didn’t see any improvement in their lives. For many, it’s gotten worse — people are fleeing the country.”

A series of deadly terrorist attacks crippled Tunisia’s all-important tourism industry a few years ago, and though it has since recovered some of its losses, it’s now facing a looming fiscal crisis and mounting losses — both human and financial — from the coronavirus crisis. Anger at what has been seen as incompetent handling of the pandemic is what sparked much of the opposition toward the current government.

The World Health Organization describes Tunisia as now facing an “extremely concerning” surge in infections, despite keeping the virus relatively under control for the previous year. The warning comes as much of the world sees new waves of cases due to the fast-spreading delta variant. According to the WHO, only 7% of Tunisia’s 10 million inhabitants are vaccinated.

Tunisia has registered 569,289 confirmed cases of the virus and 18,600 deaths, according to data from Johns Hopkins University. 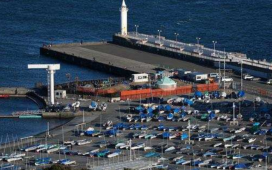 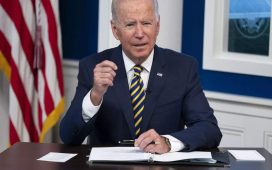 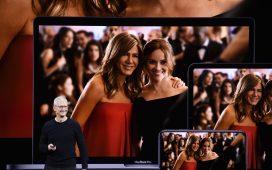 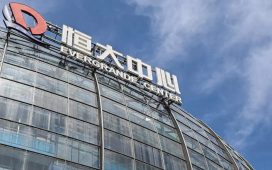 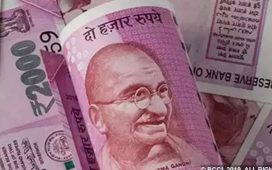