A vendor sells Turkish national flags in Eminonu Square on the European side of Istanbul on January 4, 2018.

Turkey’s central bank left its benchmark interest rate unchanged on Thursday as expected, after a mammoth hike in September and an improvement in diplomatic relations with Washington that have helped the lira recoup some of its huge losses this year.

The lira had plunged as ties with the United States soured and each side imposed tit-for-tat sanctions and additional tariffs. At the heart of the spat was the detention in Turkey of a U.S. pastor, who has now been released.

To underpin the currency and counter soaring inflation, the central bank last month ramped up its benchmark rate by 6.25 percentage points, in a move that also soothed investor concerns about the independence of the bank.

“Recent developments regarding the inflation outlook point to significant risks to price stability,” the bank said in a statement. “Although weaker domestic demand conditions will partially mitigate the deterioration in the inflation outlook, upside risks on the pricing behaviour continue to prevail.”

President Tayyip Erdogan, a self-described “enemy” of interest rates, wants to see cheaper credit flowing to companies to boost economy activity. His calls for lower rates have battered confidence in the central bank’s ability to adequately respond to rising inflation, which hit a 15-year high in September.

The bank left its one-week repo rate at 24 percent on Thursday, having already raised its policy rate by 11.25 percentage points this year.

Twelve out of 15 economists in a Reuters poll had predicted the central bank would choose to leave its policy rate unchanged.

The currency is still down a third against the dollar this year, but it has found support since the release of U.S. pastor Andrew Brunson.

After the central bank’s decision the lira initially weakened to 5.71 against the dollar, compared with 5.67 before the announcement. It stood at 5.68 at 1109 GMT. 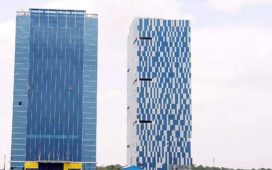 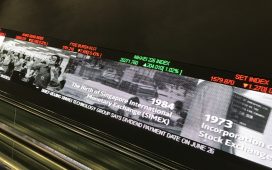 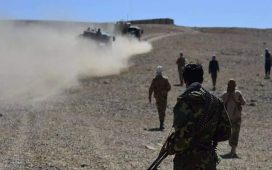 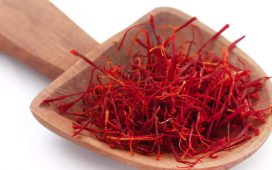