Turkish lira trades below 6.0 against dollar after U.S. comments


ISTANBUL (Reuters) – The Turkish lira eased slightly but remained below 6.0 against the dollar on Thursday after the United States ruled out removing steel tariffs on Turkey even if Ankara frees a U.S. pastor, and after Qatar pledged $15 billion in investment to Turkey.

Investor attention was focused on a conference call which Finance Minister Berat Albayrak will hold at 1300 GMT to reassure international investors.

The White House stance appeared to give Turkish authorities little incentive to work for the release of Andrew Brunson, a pastor on trial in Turkey on terrorism charges and whose case Turkish officials have said was a matter for the courts.

The dispute is one of several between the NATO allies, including diverging interests in Syria and U.S. objections to Ankara’s ambition to buy Russian defense systems, that have contributed to instability in Turkish financial markets.

The lira has rebounded sharply since hitting a record low of 7.24 against the dollar at the start of the week, recovering after the central bank took liquidity measures and curbed selling of the currency.

It received another boost on Wednesday when Qatar’s Emir approved a package of economic projects, investments and deposits worth $15 billion after he met President Tayyip Erdogan in Ankara.

Rolls-Royce faces a long haul back to high-flier status

Face mask requirements: Can stores make you wear a mask? Do kids have to wear masks? 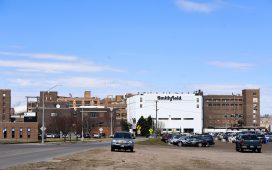