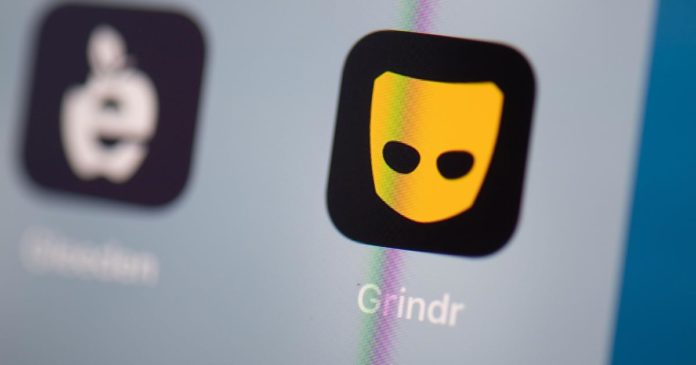 Twitter has kicked Grindr off of its ad network after a report claimed the dating app was sharing users’ personal data with marketers and advertisers.

Grindr, which bills itself as “the world’s largest social networking app for gay, bi, trans and queer people,” uses Twitter subsidiary MoPub to share user data, according to the report from the Norwegian Consumer Council.

“We are currently investigating this issue to understand the sufficiency of Grindr’s consent mechanism. In the meantime, we have disabled Grindr’s MoPub account,” Twitter said in a statement to CBS News. Grindr could not be reached for comment.

Widely used dating apps Grindr, OkCupid and Tinder are sharing users’ personal information — including their locations, sexual preferences, drug use, political views and more — with advertisers and marketers in an alleged violation of European privacy laws, according to the Norwegian Consumer Council.

The data these apps collected is used to help marketers customize ads, but can also be used more nefariously — to discriminate, manipulate and exploit, the report claims.

“These practices are out of control, rife with privacy violations and breaches of European law, and highly problematic from an ethical perspective,” according to the group.

The council commissioned security firm Mnemonic to analyze data traffic from 10 popular apps, none of which allowed users to “make an informed choice” about how their data would be used upon downloading the apps.

Match Group, which owns OkCupid and Tinder, said in a statement to CBS News that both apps “use third party providers to assist with technical operations and providing our overall services, similar to all other apps and online platforms.”

How are dating apps changing relationships?

OkCupid communicates with its users through software company Braze and says it complies with applicable laws.

In 2018, Grindr said it shared its users’ HIV status with two companies before ending the practice.

Analysis | The Cybersecurity 202: South Carolina election officials confident the primary will go smoothly. Here’s what they’re up against. – The Washington Post

All Round Security increases its productivity goals with high tech mobile workforce system from BigChange – SourceSecurity.com