Counter-terror detectives were racing to find who built two homemade explosive devices found at a disused flat in north London.

Police were called to an address in Craven Park, Brent, at 9.34am on Wednesday after reports of two suspicious devices found at the flat, which was being refurbished.

The Guardian understands that initial checks by counter-terrorism investigators showed the address has not previously being linked with suspicions of terrorism.

The improvised explosive devices (IEDs) have since been made safe and are undergoing further forensic examination. The full tests will take up to two days and will tell detectives how sophisticated the devices were, whether they were viable and the intent behind making them, and also help them work out the level of skill involved.

Early views of investigators are that the devices are not linked to any Islamist terrorist motive.

The Metropolitan police’s counter-terrorism command is leading the investigation because of the find of explosive materials. The UK’s threat level from terrorism is at severe, meaning an attack is highly likely.

Detectives at this stage are not ruling out that there was no terrorist intent.

The block of flats was evacuated and local roads closed while specialist officers assessed the devices, which were both found to be IEDs. The area round the block of flats has been searched and was deemed safe by 6pm.

Ch Supt Simon Rose, of the Met’s north-west command unit, said: “The next stage is to investigate how and why the two devices came to be in this flat and detectives from the counter-terrorism command will be leading this.”

One source said the find was a mystery and counter-terrorism investigators are currently trying to thwart threats predominantly from Islamist terrorism, the far right and Irish republicans.

An IED at Manchester Arena in May 2017 killed 22 people, while another at Parsons Green tube station in September 2017 failed to detonate properly.

Two other terrorist attacks in London in 2017 – at Westminster and London Bridge – had an Islamist motive, while one in Finsbury Park was motivated by an extreme rightwing ideology.

British authorities have stepped up efforts to make it harder to buy bomb-related materials in shops and via the internet.

Rose added: “I’d like to thank local residents in the area for their patience and understanding while we dealt with this incident today. The public’s safety is our top priority and I would like to pay tribute to the specialist officers who attended and were able to safely recover the devices.

“I also want to reassure the local community that we have carried out precautionary searches in the surrounding area to make sure there was nothing else of a similar nature nearby, which I’m pleased to confirm is the case.

“I would ask anyone who might have information that could assist us to get in touch, either by calling 0800-789 321 or by calling Crimestoppers, which is completely anonymous.” 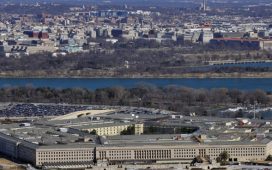 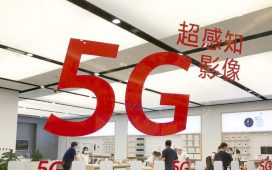 5G will change the world. China wants to lead the way – CNET 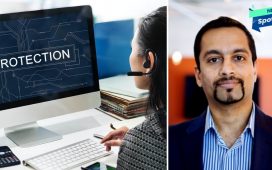