The acquittal of Medhanie Tesfamariam Berhe by an Italian court of being a human trafficking kingpin is a major embarrassment for Britain’s National Crime Agency and the GCHQ intelligence service.

Berhe’s arrest in 2016 was trumpeted as a major coup in the battle against international people-smuggling, but unbeknown to them at the time, the Italian and British authorities had mistaken the Eritrean for one of the world’s most-wanted human traffickers, Medhanie Yehdego Mered, aka the General.

Berhe was arrested after the NCA, an agency colloquially referred to as Britain’s FBI, and thenational cyber-security centre GCHQ, tipped off Sudanese national police that “Mered” was holed up at an address in Khartoum.

It is understood the NCA provided Italian prosecutors with the phone number of Berhe rather than Mered, which led to his arrest.

In June 2016, the NCA, which includes countering modern slavery and human trafficking within its remit, boasted that “one of the world’s most wanted people smugglers” had been arrested as a result of its intelligence.

The agency said officers from its UK immigration crime taskforce, known as Project Invigor, had been providing ongoing support to the Italian Operation Glauco, which was set up after 359 migrants died when a vessel sank off the coast of Lampedusa in 2013.

At the time of the 2016 operation, the NCA deputy director Tom Dowdall told the press: “Medhanie is a prolific people-smuggler and has absolute disregard for human life. Although he was operating thousands of miles away, his criminal activity was impacting the UK. Medhanie no doubt thought he was beyond the reach of European justice but we were able to support the Italians by tracking him down to Sudan.

“The intelligence-led operation which resulted in his capture included extensive analysis of communications data, with support from GCHQ. We were also able to use our international network to broker strategic and operational relationships with the Sudanese authorities.

Telephone interceptions gathered by the Italians reportedly exposed how Medhanie was organising regular journeys across the Mediterranean and was directly coordinating other people-smugglers responsible for land routes. During one recorded conversation, Medhanie was heard laughing about the fatal overloading of migrant ships.

But on Friday, Judge Alfredo Montalto of the criminal court of Palermo, ordered the immediate release of Berhe, confirming: “It was a case of mistaken identity.” 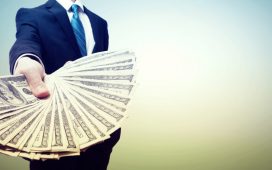 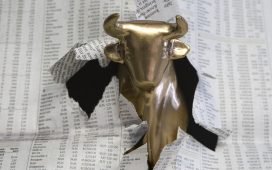 Texas has the most pending immigration cases in the country. Can technology help clear the backlog? – KBTX