British companies are poised to gain from a “first mover” advantage ahead of the US and European Union (EU) in India as a result of a free trade agreement (FTA), which has the potential to overshadow other major UK trade deals, a new UK think-tank analysis said on Wednesday.

The Resolution Foundation is examining the economic impact of the UK’s new trade pivot towards the Indo-Pacific region following Brexit.

In ‘A presage to India?’, its latest report for “The Economy2030 Inquiry” with the London School of Economics (LSE) funded by the Nuffield Foundation, it noted that the economic benefits of a trade deal with India could eventually be even bigger than the “now defunct” trade deal with the US.

“UK firms exporting to India currently face far higher tariffs (19 per cent, on average) than they do to the US (2 per cent), so there is far more scope for trade liberalisation. Securing an FTA with India could also give UK firms a ‘first mover’ competitive advantage over exporting firms in the US and EU, which don’t have preferential access to the Indian economy,” notes the Resolution Foundation.

“India is forecast to become the world’s third largest import market by 2050, while its demand for business, telecommunications and computer services – sectors where UK export firms already perform well – is expected to treble over the course of the 2020s. UK business services exports currently under-perform in India relative to other Indo-Pacific regions – accounting for just 1.8 per cent of imports to India, compared to 3 per cent in China, and 4.2 per cent in Malaysia – so the potential for future growth is huge,” it notes.

The UK and India announced the launch of FTA negotiations earlier this month, with the first round of talks between officials kick-starting virtually last week.

The latest analysis finds that much of the focus around the UK’s pivot towards the Indo-Pacific is around its ambition to become the first European nation to join the Comprehensive and Progressive Agreement for Trans-Pacific Partnership (CPTPP) – an agreement that could cover eight per cent of current UK trade. However, as the UK already has free trade agreements (FTAs) with the majority of CPTPP members, with 95 per cent of CPTPP trade already covered by FTAs, a trade agreement with India could have a “far bigger impact”, the report says as India is a faster growing economy than the CPTPP bloc.

The think-tank also flags that while there are clear potential benefits of trade liberalisation with India, UK firms will also be exposed to “far more uncertainty about competition from Indian exporters”.

The Indian economy has already developed a comparative advantage in exporting some business services, and is changing far more rapidly than more advanced economies, with eight sectors emerging as new comparative advantages for India – including pharmaceuticals and R&D – compared to just one in the US in the past 10 years, the analysis finds.

“Having raised trade barriers with Europe, and given up on a new US trade deal, the UK’s trade strategy has now pivoted towards the Indo-Pacific region,” said Sophie Hale, Principal Economist at the Resolution Foundation.

“While much of the focus has concentrated on becoming the first European country to join the huge CPTPP region, the far bigger potential economic gains and risks lie in more trade with the huge, rapidly growing, but still relatively closed Indian economy. Trade liberalisation with India is expected to boost UK manufacturing in the short term, but could also benefit business services, where UK firms already enjoy a competitive advantage, and where demand is set to soar,” she said.

“But India is changing as well as growing, so any trade deal means accepting uncertainty about the competition that will face UK firms, as the price for access to a fast-expanding market,” she added.

A successful pivot towards a closer trade relationship with India rests on the idea that the UK can, in services, emulate the German goods success in exporting high value manufacturing to China, while avoiding a new “India shock” – similar to the “China shock” that hit US manufacturing – in which business services firms in the UK are undercut by Indian imports with lower labour costs, the think tank warns. 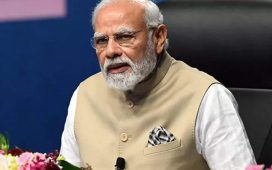 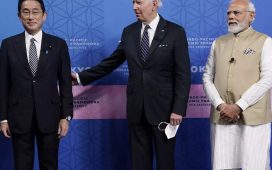 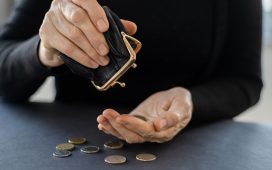 Oxfam calls for an end to billionaire 'bonanza,' says millions are falling into extreme poverty 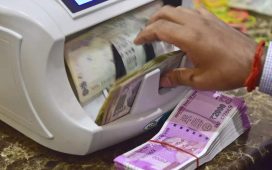