UK consumer spending is showing resilience driven by early Christmas shopping and enthusiasm for eating out and entertainment despite surging inflation, intensifying pressure on the Bank of England to raise interest rates.

Several factors threaten the rebound in household spending including inflation which has jumped to a decade-high, tax rises, surging gas prices and the withdrawal of Covid support for jobs and income.

Both official and non-standard economic data have shown that despite the headwinds, consumer spending on goods and services rose in October and November. Early Christmas shopping helped retail sales return to growth last month, while spending in cinemas, bars and restaurants bounced back to pre-pandemic levels.

Strong jobs numbers, record-high vacancies, falling Covid-19 infection rates and the end of the September fuel crisis have led to more upbeat consumer confidence, which rose 3 points to minus 14 in November, according to an index compiled by research company GfK.

The governor of the Bank of England Andrew Bailey warned in an interview with The Sunday Times that economic activity was “slowing” and that risks to its inflation forecasts were “two-sided”. The BoE currently expects inflation to peak at 5 per cent in April.

However, Goodwin said higher than expected spending in health and consumer sectors would “provide some encouragement to those Monetary Policy Committee members worrying about slowing growth” ahead of its meeting next month.

Adam Hoyes, economist at Capital Economics, said the positive incoming data “adds to the evidence that activity held up well in October and will raise expectations that the Bank of England will hike interest rates from 0.10 per cent to 0.25 per cent in December”.

UK cinema revenues rose to above pre-pandemic levels throughout October and November, according to data by Box Office Mojo, which tracks box office transactions.

Similarly, the number of restaurant diners as of Saturday November 20 was 30 per cent above that of the same day of the week in 2019, according to the booking platform Open Table.

“Restaurant sales have continued to be very strong,” said Martins.

Transactions at the sandwich chain Pret at Manger also increased through the autumn as numbers of returning office workers grew.

Both the value of bank transactions and credit and debit card transactions showed an upward trend in autumn, according to figures by Fable Data, a data company, and the Bank of England.

In the past few weeks consumer spending growth “increased above the recent average”, said Avinash Srinivasan, analyst at Fable Data, reaching its highest reading this year in the week to November 14 — 12 per cent above 2019 levels.

Spending in pubs and restaurants showed the same trend, he added, and was “now consistently about 10 per cent above 2019 levels”.

Retail footfall rose 4 per cent in the week ending November 20 compared with the previous weeks to about 88 per cent of the level seen in the same period before the pandemic, according to data from the retail consultant Springboard.

“The beginning of the Christmas trading period began in earnest in many retail destinations last week,” said Diane Wehrle, insights director at Springboard, noting that the high street, shopping centres and large cities had benefited most.

Shoppers are “clearly gravitating to larger towns and cities in order to soak up the Christmas atmosphere”, she added.

She expects footfall to increase by a further 8 per cent in the week of Black Friday, the American-inspired sales holiday, which falls on November 26.

The chances of stronger spending during the festive season are supported by the rapid rollout of the third coronavirus jab, with more than one in four people aged 12 years or over in the UK already having received the shot, strongly reducing the risk of lockdown restrictions being reintroduced.

After a muted Christmas last year, “we could see consumers splashing out on a bumper festive period, particularly when many households will have pent up savings”, said Jacqui Baker, partner and head of retail at the tax consulting company RSM UK.

The prediction comes as mobility continues to normalise, with use of rail, buses and the London tube up to their highest levels since the start of the pandemic. Meanwhile, flight numbers are ticking up rapidly as seasonal leisure travel returns. “People certainly are travelling more,” said Gabriella Dickens, economist at consultancy Pantheon Macroeconomics.

Non-standard economic data such as footfall, restaurant bookings and mobility measures, are less comprehensive than official figures of economic activity, but they are increasingly monitored by policymakers as more timely indicators of the health of the economy.

Consumer spending has been the driver of the UK economic rebound since the height of the pandemic, which brought many sectors to a standstill. In the third quarter, it contributed 1.2 percentage points of the 1.3 per cent economic growth.

Some economists predict growth to slowdown in the final months of the year as the effect of easing Covid restrictions wanes, supply-chain disruption and shortages weigh on production capacity and rising inflation results in a squeeze on real incomes.

But “for now at least” the data offer “a positive sign”, said Sandra Horsfield, economist at Investec.

“Not only are household incomes benefiting from the ongoing strong hiring growth but they also have a substantial amount of excess savings built up during the pandemic,” she noted. 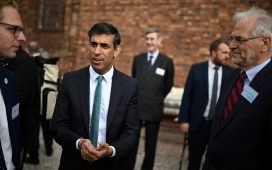 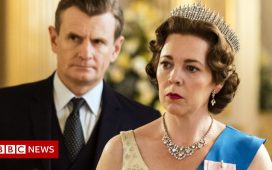 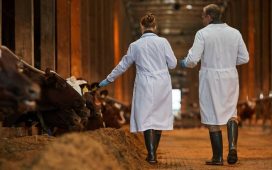