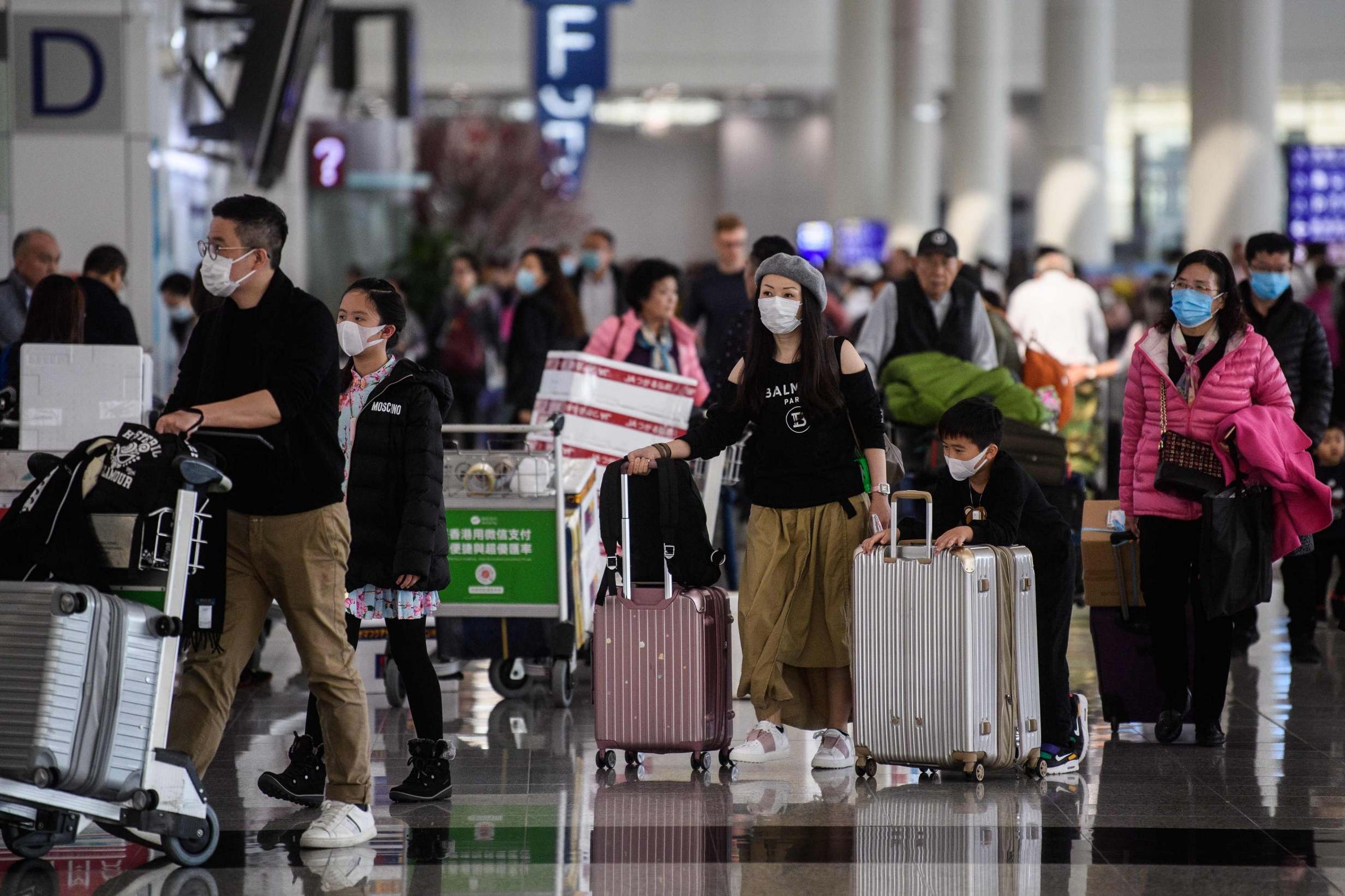 Passengers arriving at Heathrow from the part of China at the centre of the deadly coronavirus outbreak are to be screened, the Government announced today.

Transport Secretary Grant Shapps said “additional measures” such as health checks would be placed on flights from Wuhan after more than 440 cases and nine deaths were reported abroad. Passengers will be separated from other arrivals at the airport.

Hong Kong reported its first case today, after the US revealed a traveller arriving in Seattle from the Wuhan region had been found carrying the virus.

UK-bound passengers will be observed by air crew for signs of illness, be handed medical advice leaflets and will have their temperature checked by health workers if necessary.

There have been no confirmed cases in the UK.

The World Health Organisation was today expected to classify the outbreak as a public health emergency of international concern.

What is a coronavirus and what are the symptoms?


There is no vaccine and efforts are being accelerated to develop treatments.

The virus can cause pneumonia, meaning people with underlying lung disease are vulnerable. Symptoms include fever, coughing and difficulty breathing.

Mr Shapps told Sky News: “At the moment PHE have moved this from very low to low but we are keeping a close eye on it. Initially this is to ensure that when flights come into Heathrow there is a separate area for people to arrive in.”

A China Southern flight from Wuhan was due to arrive today at 6pm. UK experts say it is “likely” that the virus will spread to Britain and Europe in the coming weeks.

Person-to-person infection has occurred, including from patients to healthcare workers, of whom 15 have been infected in China, but it is not yet clear how infectious the strand is.

It is not yet thought to be as serious an outbreak as the SARS coronavirus in China in 2002-03, when there were 774 deaths in 37 countries.

Dr Nathalie MacDermott, of King’s College London, said: “Given our increasingly inter-connected world, the potential for the virus to spread to different continents is high.”

Chinese authorities have admitted the country is now at the “most critical stage” of prevention and control amid fears the virus may be mutating.  Experts say a key indicator of the spread of the disease is whether it is transmitted between people outside China.

SARS spread through the air, making it highly infectious, while the current coronavirus is thought to be spread via person-to-person contact.

The virus, which has been linked to a food market in Wuhan, has already spread to Beijing and Shanghai while cases have also been confirmed in Thailand, South Korea, Japan, and Taiwan.

Officials have advised people to stop travelling in and out of Wuhan. Doctors are concerned that many patients are infectious while suffering mild or no symptoms.

Dr Jeremy Farrar, director of Wellcome, said the outbreak was “extremely concerning” but said the world was much better planed than during the SARS epidemic to respond effectively.

READ  How to live longer: The simple exercise that could help increase your life expectancy

Heart attack symptoms: Pain that travels through this part of the body could be a sign

'It's no worse than the flu': busting the coronavirus myths

Coronavirus face mask prices soar – but do they really work and is it worth getting one?

Coronavirus latest: How to self-isolate – vital tips you need to know from Dr Hilary

Inside the most popular homes for first-time buyers where you only need a 5%...