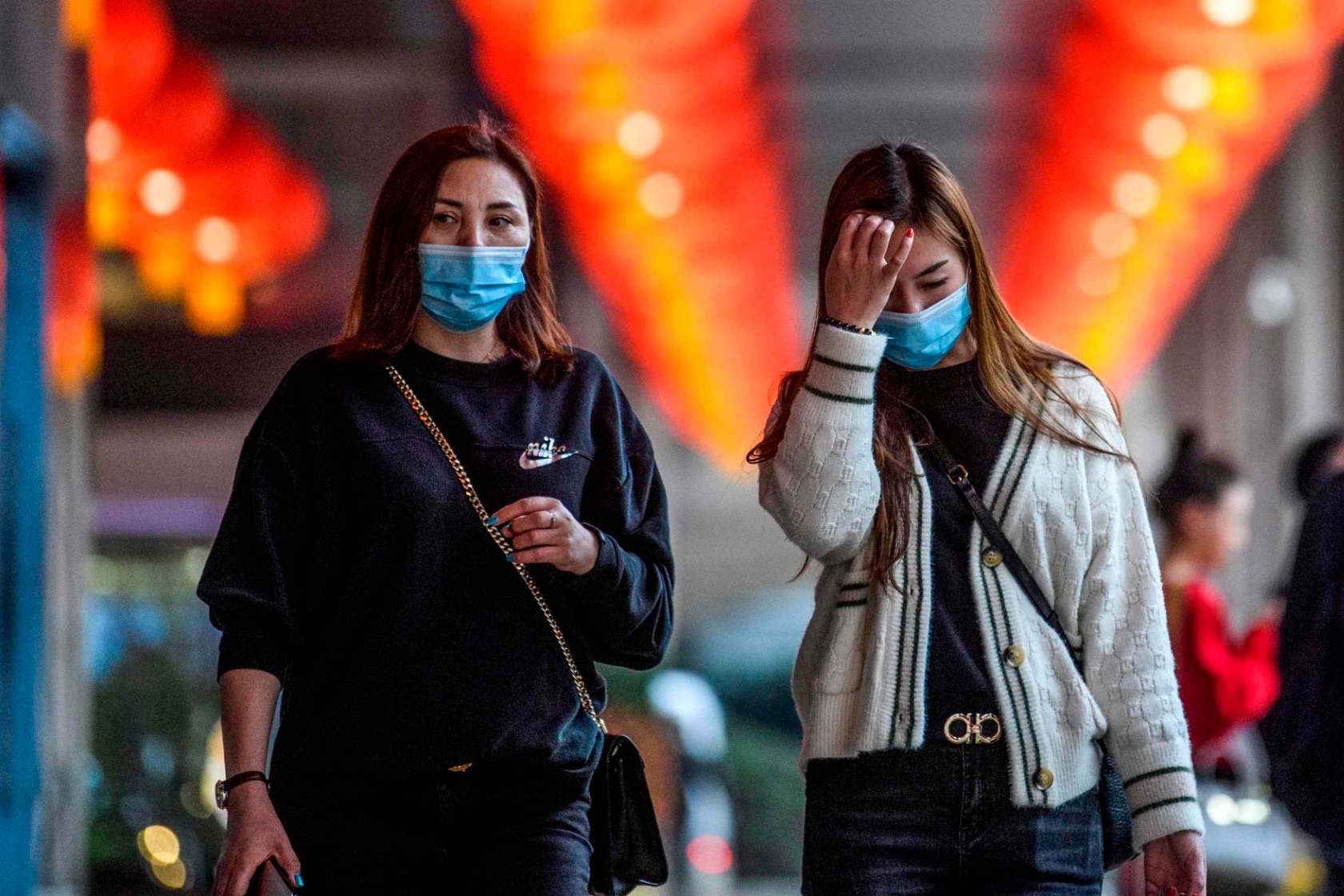 A top doctor today warned Britons who fear they may have contracted coronavirus to stay at home rather than attending a GP or hospital, as global efforts stepped up to contain the outbreak.

Dr Peter Holden became the latest expert to admit it was possible the deadly respiratory virus had entered the UK, as China said its death toll had risen to 25, with a total of 616 people infected.

Wuhan, the Chinese city at the centre of the outbreak, was in lockdown, while residents in Huanggang, 45 miles away, were told not to leave the city.

Dramatic scenes were shared on social media apparently showing a passenger arriving in Shanghai from Wuhan being transferred from the airport in an airtight container.

In the latest developments:

Public Health England said a “small number” of people returning from China had presented with symptoms but there had been no confirmed cases.

Dr Holden, British Medical Association lead on emergency preparedness, told Sky News: “If you have been to China, to Wuhan in particular, then stay at home and ring up.

“Please don’t come to the surgery or A&E. Help will be organised to take you to somewhere we can examine you in safety, without contaminating all the rest of the healthcare assets.”

He said it was important for people who suspected they may have contracted the virus to be “honest with your doctor” and not attempt to disguise their symptoms. It can take about five days for flu-like symptoms to appear.

“I don’t know whether it’s already here or not,” Dr Holden said. “It’s a hazard of mass travel. We mitigate risks. We cannot eliminate them.”

Business Secretary Andrea Leadsom said: “Obviously this is a concern for the world but it’s important to have a measured reaction.”

The World Health Organisation was reconvening earlier to decide whether to declare an international public health emergency, after being unable to make a decision on an “evolving and complex situation” last night.

A declaration would require countries to share information about patients and could also lead to restrictions on travel.

There is no antiviral treatment or vaccine available. The virus is transmitted by coughing or contact with oral fluids.

Experts fear the Chinese new year celebrations this weekend could increase the risk of contagion. Screening of passengers arriving from Wuhan was introduced at Heathrow airport yesterday, though those arriving last night said they were only handed information leaflets.

Guy’s and St Thomas’ trust, which has isolation rooms at St Thomas’ Hospital in Lambeth, has been put in the lead.

The Royal Free, Hampstead, where UK victims of Ebola were treated in 2014, has also been designated.

The Department of Health said: “We are well-positioned to be able to detect this virus in patients who may be infected and manage them effectively.”

A handful of cases have been identified beyond China, including in Japan and in Washington state in the US.

Professor Neil Ferguson, of Imperial College London, said the true number infected in Wuhan was likely to be about 4,000.

READ  Wild swimming: Swansea man's cold sea challenge 'to get out of bed'

One in ten Britons could end up in hospital with coronavirus, warns NHS

How calisthenics helped a former raver kickstart a new lifestyle

New York is making its own coronavirus test amid US shortage

Coronavirus: Latest patient was first to be infected in UK

How to get rid of visceral fat: Two supplements proven to reduce harmful belly fat

Chemicals in cosmetics, soaps tied to early puberty in girls

Health strike: Patients set to be hit by week of cancellations