Women are a rarity at the highest level of economic policy-making in Britain.

There has still never been a female Chancellor, although Labour’s current shadow Anneliese Dodds would like to change that. And the current group in the top jobs at the Bank of England are an old boys club.

So it is hugely fascinating that Italian-born, American-educated University College London big thinker Mariana Mazzucato, 52, has risen above the crowd as one of the most agile thinkers on post-Brexit, post-Covid Britain. 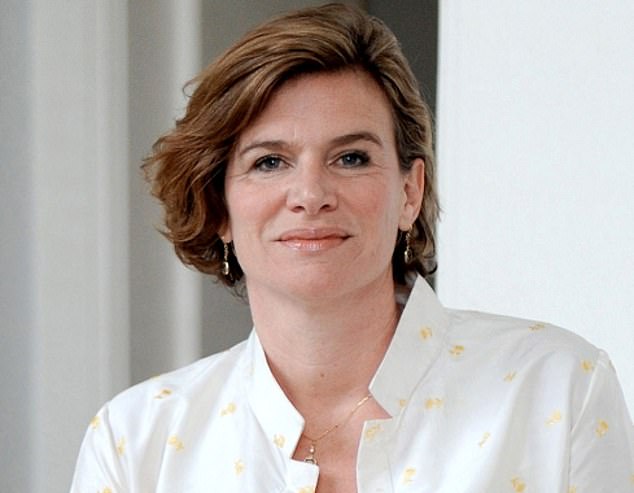 Reach for the stars: Economist Mariana Mazzucato (pictured) says we need the same level of boldness that sent astronauts to the moon to tackle the many problems Britain is facing

Not for her the micro shifts in policy we have so far seen from Boris Johnson’s government.

The imposing and vivacious mother of four, who presides over a raucous dining table in her North London home, is a powerful advocate for policymakers with vision.

She recommends courage among decision makers to define big missions and then empower every part of government and the private-sector firms used for procurement to reach for the stars.

Mazzucato’s top example of what missions can achieve, and the fantastic value created by spin-offs, is Nasa in the United States and the Apollo space programme.

A chart in her new book Mission Economy: A Moonshot Guide To Changing Capitalism details the dozens of spin-offs from the moonshot, including camera phones, wireless headsets, laptops, CT scans and less obviously high-tech stuff such as baby formula and memory foam mattresses.

If the goals are broad enough, resources uninhibited and the genius of enterprise is on the same wavelength as the core agency then anything becomes possible.

Married to a film producer husband, she tells me over Zoom ‘we bring life to the dinner table by making the work-life balance fun, so the kids are really nice because they feel sorry for you’.

Her answer to the huge future challenges for Britain, from climate change to pandemics, is ‘to develop capabilities in the public sector which currently don’t exist’.

‘So that’s why I begin with Covid and the massive failures which is basically a public sector failure. But also a private sector failure,’ she argues. 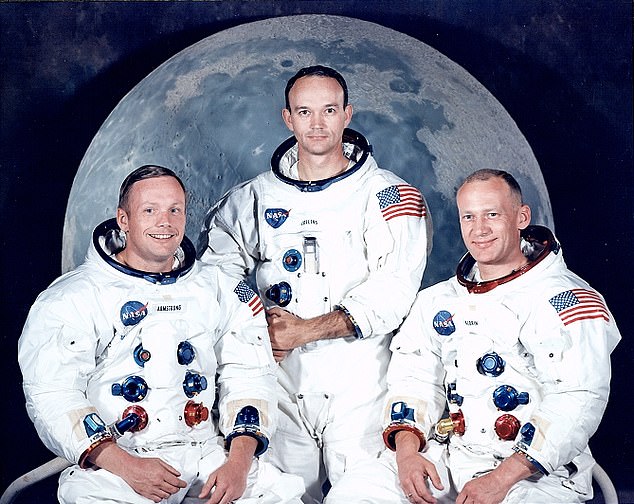 Giant leap: Astronauts Neil Armstrong, Michael Collins and Buzz Aldrin were the astronauts on the Apollo 11 mission to the moon

Britain needs to be ready for the next pandemics (all these ‘God forbid viruses’) and a carbon neutral economy. In her view, in order to rise to these challenges effectively, the UK needs ‘ambitious, innovative, dynamic approaches ‘not static public private partnerships’.

‘I do not try to glorify the public sector but make a warning call, like, key guys get your fricking act together.’

An example of state and private sector getting it right, in her view, in the age of coronavirus is the Oxford-Astrazeneca vaccine. ‘It did much more than Pfizer to make sure the influential property rights are governed and the price of the goods reflects the public investment.

In the US pre-Covid Uncle Sam put $40billion a year into drug innovation and somehow let the prices get out of control and the patents abused.’

In contrast, AZ created a more ‘symbiotic’ role with Oxford and government whereas Pfizer was more ‘parasitic’.

The mistake sometimes made about Mazzucato is that she is some kind of big-state socialist and this is how she ended up alongside Nobel-prize winning economist Joseph Stiglitz on an economic advisory panel to Jeremy Corbyn.

In the leftist euphoria which followed the 2017 election, the former Labour politician looked like he might be a credible vote winner.

Mazzucato quickly recognised that there was no real role as a Corbyn adviser and resigned after two months.

‘The actual people pulling the strings were Seumas Milne and others. I felt like well, if you want to do your own thing, do it. 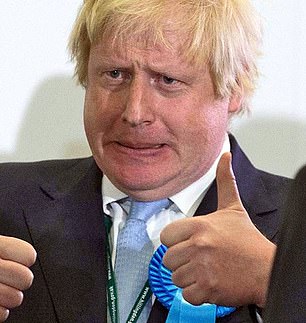 Too little: Mazzucato wants a change from the small steps taken by Boris Johnson’s government

But don’t do it in my name,’ she tells me. After this brief flirtation with the wrong sort of politician, she is keen to point out that she has worked closely with the Tories, advising Greg Clark, among others, on his industrial strategy when he occupied the constantly changing role of Business Secretary.

At a moment when Britain’s new Business Secretary Kwasi Kwarteng – the fourth person to hold the office in four years – is thinking about a new tech and industrial strategy, Mazzucato has some advice.

In her view it needs two components: a horizontal policy based around ‘productivity, skills, research and education that always has to happen’.

The other component is vertical. She rejects Britain’s past failed efforts to pick winners, or focusing on particular sectors or technologies in favour of dealing with the big problems which all sectors across the economy are going to have.

‘So if you think about climate change I can’t think of almost any sector that wouldn’t be involved: nutrition, transport, digital – they’re all going to be part of that.’

She argues that Arm Holdings, Britain’s biggest tech company, was created because of a core mission.

The BBC set out to improve digital literacy and, with the help of Cambridge scientists, came up with the Acorn computer, which was scaled up to become Arm. Mazzucato’s passion for the really big mission is in her DNA and a product of her upbringing.

Her Italian scientist father moved the family to the United States to pursue his still unfulfilled lifetime work of nuclear fusion at Princeton.

Read More   Trump didn’t calm the oil markets. Now it may be too late

Even though she is an Italian, with a top role as Professor in the Economics of Innovation at UCL, her American schooling comes through in her speech.

H ER sentences are peppered with asides and there is a fondness for the ‘you know’ interjections which are such a feature of American TV dialogue.

After an undergraduate degree at Tufts in Boston she went onto New York’s New School for Social Research for her PhD.

Her economic thinking is strongly influenced by Britain’s John Maynard Keynes – currently right back in fashion in an age of fiscal laxity – and the Austrian economist Joseph Schumpeter who feared that capitalism could self-destruct.

She has her own take on this, arguing, as this paper often has, that ‘financialisation of the economy is a bad thing’.

‘It means that profits are being siphoned out to finance, insurance, real estate.’

She is particularly critical of overseas takeovers that ‘often come from foreign public institutions’. She regards this as ‘hypocritical’ in that ‘we hear all this talk in the UK of needing more private sector and less state, then we sell if off to foreign states.’

As Britain relies on French government-controlled EDF to build our nuclear power stations and Deutsche Bahn runs many of our UK trains and London buses, it is hard to disagree.