The UK economy is facing a looming recession after millions of people were forced to sign up to the |Government’s furlough scheme after the coronavirus put the entire country on lockdown. Businesses had to close during the outbreak.

Now, as the country begins to ease lockdown measures, Prime Minister Boris Johnson has issued guidance on how to get the economy back up and running.

Mr Johnson revealed non-essential shops will be allowed to reopen from June 15 as long as they remain ‘COVID secure’.

But digital anthropologist, Richard Skellett, believes Britain was already on its way to a financial crisis last year.

Mr Skellett, who founded the social enterprise company Digital Anthropology, told the Express.co.uk: “In the last quarter of 2019 there were more profit warnings than at the height of the financial crisis in the last decade.

“We knew we were heading towards an economic issue, so it’s ridiculous for anyone to say we didn’t see an issue coming towards us.

“The broad numbers are that there are 32 million people in work and the income in PAYE and national insurance is £430billion.

“If we round things up and down by and use 30 percent as the rounded figure, the UK budget hole is over £100billion.

“A digital tax of say three percent on is not going to help this.”

“Dominic Cummings and Boris Johnson are attempting to change this but again the approach is flawed.

Mr Skellett argued the UK has created such high debt, the people of the country will continue to pay it “for generations to come”.

He went on to say how those people who have been made redundant due to the crisis are more than likely to “never work again”.

The digital anthropologist said: “There is a clear link with mining communities where generations have become used to not working.

“Clearly with issues around people, if they can replace people they will.”

Ending his statement, Mr Skellett urged the government to have a “proper plan” to help move the UK forward.

He said: “It’s about time that we had a proper plan to take this wonderful country forward and there clearly is not a plan and all we hear are empty promises and words.”

Mr Skellett’s comments come after pressure mounted on the Prime Minister and Chancellor Rishi Sunak to increase income tax, national insurance or VAT to help pay off the coronavirus debt.

Mr Sunak previously announced the government’s furlough scheme is set to come to an end in October, despite concerns of a second spike in the deadly virus.

Some 8.4 million workers are having 80 percent of their salaries paid for under the scheme, which was originally intended to last until the end of July.

Mr Sunak announced last month that from August, employers must pay National Insurance and pension contributions, then 10 percent of pay from September, rising to 20 percent in October.

Also, workers will be allowed to return to work part-time from July, but with companies paying 100 percent of wages. 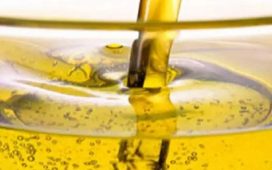 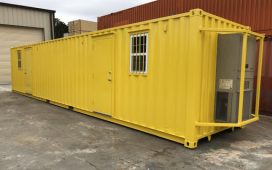 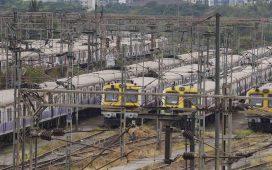