The UK’s electricity system recorded its “greenest” ever month in May after running without coal-fired electricity for a full calendar month.

The National Grid, the energy system operator, said the country’s sunniest spring on record helped generate enough solar power to reduce the carbon intensity of the grid to its lowest level ever recorded.

The bright and breezy weather helped wind and solar power make up about 28% of Britain’s electricity last month, narrowly behind gas-fired power generation, which made up 30% of the energy mix.

Meanwhile, the record low demand for electricity during the coronavirus lockdown has left little room for the UK’s last remaining coal power plants to play a role.

The lowest carbon intensity ever was recorded at 46g CO2/kWh on Sunday 24 May.

The record was possible, in part, because of the collapse of energy demand in the UK caused by the coronavirus lockdown and two bank holidays in a fortnight. But the chief reason was the unseasonably sunny spring weather, said Roisin Quinn, head of National Grid’s control centre.

This spring was the sunniest since records began in 1929, according to the Met Office, and the driest May for 124 years. The Met Office recorded more than 573 hours of sunshine between 1 March and 27 May, beating the previous record of 555.3 hours in 1948.

“Great Britain’s incredible coal-free run has continued throughout May, giving us the first full calendar month – 744 straight hours – of electricity generation without coal since the Industrial Revolution,” Quinn said.

The combination of record low demand for electricity and near-record highs for renewable energy output is a “unique challenge” for the National Grid’s control room, Quinn said, because engineers had to make sure that the rise of renewable energy did not overload the grid.

National Grid’s energy system operator arm expects to spend £500m more than usual this summer because it will need to pay generators to turn off their wind farms, solar projects or power plants.

Over the last bank holiday weekend alone the company reportedly paid £50m to electricity generators to turn down their supplies, on top of a £50m contract offered to the Sizewell B nuclear plant to run at half capacity this summer. 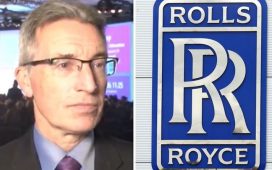 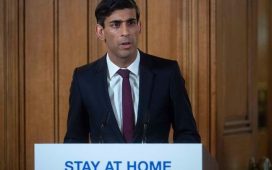