The warning last week from Keith Anderson, Scottish Power’s chief executive, that “billions” could be added to household bills from the failure of energy suppliers was dramatic, but his arithmetic adds up. One sees how the sum may have reached £1bn already.

A precise tally is impossible because the “last resort” suppliers picking up stranded customers haven’t yet made claims under the system that allows them to recoup the costs of transfer via an industry-wide levy that is ultimately put on bills. But roughly 1.5 million customers have been switched since early August, now that Shell Energy has taken on Green’s 255,000 customers and Octopus Energy has taken charge of Avro’s 580,000. With wholesale gas prices so high, new suppliers’ claims will be far higher than in the past. A figure of £500 a customer, or more, seems possible.

At £500-a-head for 1.5 million customers, the levy charge would be £750m. Then one must add the cost of possible defaults by failed companies on their renewable obligations and feed-in tariffs, the two main schemes for channelling incentives to generators of clean energy. Any shortfalls, once they reach a certain level, are also “mutualised”, in regulatory-speak.

The “supplier of last resort” mechanism has worked so far in the sense that companies have volunteered to take on extra customers. So one can understand why the government and Ofgem are keen to stick to what they know: the alternative is the untested “special administration regime”, which would mean the state accepted the messy job of buying energy for affected customers.

But, at £1bn-ish and counting, the exercise threatens to create a serious political headache next year when the extra charges are incorporated into the price cap from October 2022. If the sum were to reach £3bn, which is not impossible if larger suppliers fail, it would eliminate a chunk of the gains from the eventual (we hope) return to “normal” wholesale prices.

Good luck to ministers in selling that message. It would be saying, in effect, that energy bills rise sharply when wholesale prices surge, but the same doesn’t apply in reverse because of the delayed costs of the current mop-up operation. The government could try blaming Ofgem, which would be fair up to a point: the regulator has been shockingly lax in policing small suppliers’ capital buffers and hedging arrangements. But, in the end, anguish over energy bills always lands at the government’s door.

The price cap rises by £139 at the end of this week, with another £200-ish semi-guaranteed next April under the backwards-looking formula for calculating wholesale prices. Then the cost of the current mess will kick in. There is a serious long-term problem here for government, and it is not obvious it has grasped the size of it.

Suddenly everything is going right for Rolls-Royce. A €1.7bn deal to sell ITP Aero, the Spanish aircraft engine business, to a private equity-led buyer has been agreed, putting the target to raise £2bn from disposals in sight.

Meanwhile, the US has reopened hassle-free flying between Europe and the US for vaccinated passengers. Since about a fifth of Rolls’ revenues from “engine flying hours” service contracts relate to transatlantic routes, there should be a quick boost to cashflows.

To complete the flurry of better news, the company has won the contract in the US to supply engines to upgraded B-52 bombers. That is a notable win away from home: General Electric was the financial bookies’ favourite to land a contract that could eventually be worth $2.6bn.

Rolls’ shares rose 11%. Given the low starting point, that may not be enough to silence US activist agitator Causeway Capital, calling vaguely for a board “refresh”. But it’s definitely a start.

A piece of cake?

Grant Thornton came clean on its Patisserie Valerie audit shambles and thus got its £4m fine from the Financial Reporting Council (FRC) reduced to £2.3m. Read the watchdog’s full report, though, and one can see why fighting this case was never an option.

Try this example of a “red flag” that the auditor missed: 73% of the chain’s annual income from vouchers from a third party was received on a single day in 2016 just before the financial year-end. Or this: Grant Thornton learned from banks that the company had reactivated and used at least one dormant account, but it never challenged management on why it hadn’t mentioned the fact.

The FRC described “a serious lack of competence” in the audit, but it was putting things mildly. Patisserie Valerie was a chain of cake shops. It was not a complicated business. 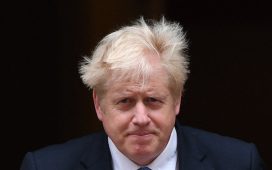 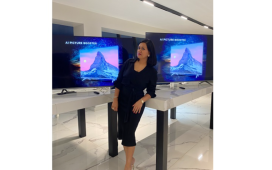 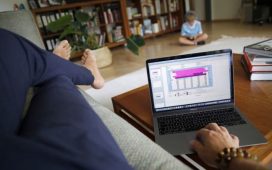