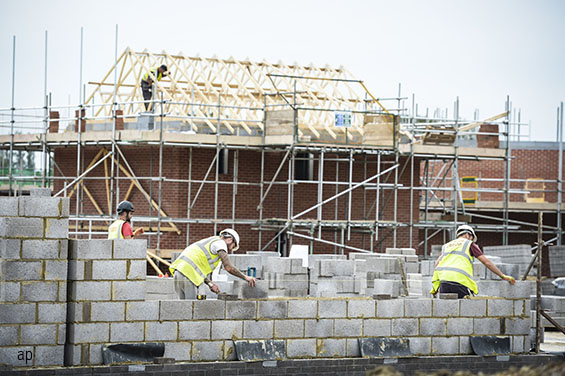 UK stocks continue to be the most unloved asset in the eyes of most international investors as the Brexit negotiations enter a crucial stage.

Despite the UK stock market’s low valuations, global investors are heavily underweight the asset. According to the March survey of global fund managers carried out by Bank of America Merrill Lynch, allocation to UK equities is 28% underweight. That compares with 25% in February, but is much less bearish than March 2018’s 41% underweight.

Despite that, a net 38% of the same respondents believe that sterling is undervalued – the most since BAML begun asking that particular question in 2002.

With the direction of travel for the currency very much hinging on what kind of deal – if any – the UK leaves the European Union with, this suggests most expect a benign outcome from negotiations. Why, then, are they so negative on UK stocks?

One suggestion, of course, is the fact three-quarters of the FTSE 100’s revenues are derived in either dollars or euros. But that doesn’t explain why domestically oriented UK stocks have underperformed international earners so aggressively.

James Clunie, manager of the Morningstar Bronze-rated Jupiter Absolute Return fund, says he recently spoke to an investor who had a basket of UK domestic stocks he thought were 70% under-priced, but he wouldn’t buy until Brexit was sorted.

Clunie recalls questioning that decision because they would have already jumped 10% or more on the day of a favourable deal being announced. The investor’s argument was he may have missed the initial 10% bump, but there was still the rest of the 70% upside let to ride.

“I’m thinking ‘but will you buy them? Who’s going to sell them to you?’,” Clunie said. “Who’s going to wait for the Brexit news owning the stuff and then sell it to you 10% higher? Surely they’re going to want to capture the 70% for themselves.”

For investors who do believe UK stocks – particularly domestic ones – are undervalued, now is the time to buy, rather than running the risk of being late to the party. While he admits he may be very wrong, Clunie, whose fund is global in nature, is slowly building up his exposure to UK domestic stocks.

READ  The tax-free bond that really is too good to be true... TONY HETHERINGTON investigates

“What I’m doing is, with fear in my heart, I am gently adding to UK domestic stocks,” he explains. “It feels bad – it’s kind of like sickening-making trades, but I think it’s the right thing to do. I might be wrong… [but] I think you have to be willing to lose a bit of money in the short term to do what you think is right medium term.”

“However you want to define the valuation, you can construct an argument that the UK market in overall average terms is cheap,” he says. “As ever, these simple averages hide a very broad range of valuations – there are some very expensive shares and some very cheap shares.”

As a result, his Franklin UK Managers’ Focus fund, which is a “best-ideas” portfolio from its UK equities portfolio managers, is positioned “as Brexit-neutral as you can be”. “We’re not seeking to be over or underweight domestics or internationals. The portfolio is broadly balanced between those two investment pots.”

And a survey of UK retail investors by investment platform Hargreaves Lansdown recently showed a spike in investor confidence towards the UK. The HL Investor Confidence Index hit a 10-month high in March at 80, up from its December low of 52. That said, it’s still well below the 10-year average of 91.

So, where in the UK market are fund managers currently looking? Clunie is reluctant to be too specific in talking about his recent moves, as he’s still buying. However, he notes one property company – a look through his portfolio suggests it’s Land Securities (LAND) – focused on office buildings that looks attractive.

“It’s at a 37% discount to net asset value,” he says. “I can see the assets, I think they’re sensible assets, there’s not a lot of debt on the balance sheet so it’s a survivor and I think under almost every scenario it looks cheap.

“I accept that if an adverse Brexit scenario happens the shares will drop because people will assume the value of their assets will drop. But if you wait three, five, eight years, I’m sure it will be back up again because the asset drop will not be as large as that 37% discount to NAV.”

One firm – though not a domestic – that has already become a full position in the fund is Serco (SRP). The company is around 40% UK-exposed, with the rest split between the US and Australia.

The public services provider has had a tough past five years. The share price is currently half what it was before its November 2014 rights issue and 75% lower than in mid-2013. But Clunie likes the management team that has been working to turn the business round in that time.

“It seems as if they’ve turned the corner,” he says. Indeed, shares are up almost two-thirds since mid-December. It’s started to win contracts again, while its book-to-bill ratio, which measures how quickly it fulfils orders, is picking up.

“That looks like a value stock with a little bit of momentum, a little bit of growth, sensible management, not going bust. Although it’s not a UK domestic in the pure sense, is indicative of that kind of out-of-favour stocks that can turn the corner.”

One recent firm that was taken out of the portfolio was RPC (RPC), the plastic packaging supplier that is in the process of being taken over. It was replaced by a pair of financials, one domestic, Paragon (PAG), and one overseas, Intermediate Capital (ICP).

Richard Penny, manager of the newly launched Crux UK Special Situations fund, also runs a balanced portfolio between domestic and international names. He says he looks for compounders with high return on capital and good rates of growth.

Whitbread (WTB) owns Premier Inn hotels across the UK, with other food-related brands connected to its chain like Brewer’s Fayre and Beefeater. It earns a 15% return on capital and its recent sale of Costa Coffee to Coca-Cola gives it excess capital that Penny is confident will be allocated well.

“They’re at 74,000 hotel rooms today. [At] their capital markets day recently they were saying there’s a pathway to 160,000,” he continues. They also have exposure to Germany and the Middle East.

Budget airline Wizz Air (WIZZ), meanwhile, is benefiting from an increased interest in low-cost travel throughout Eastern Europe. “They use about a third of the number of flights that we used in developed economies,” Penny explains.

“WizzAir are claiming a return on capital of 21%, brokers are forecasting 16% revenue growth and it’s pretty reasonably priced.”

Wells Fargo closes in on settlement over sales practices

NS&I and Marcus Bank cut rates – what's the point of saving? This is Money podcast

High Street sandwich chain Eat put up for sale amid the downturn on the...

JPMorgan pours $130bn of cash into bonds in major shift