London: Bars, pubs, restaurants, cinemas and hairdressers across England began opening up on what has been branded “Super Saturday” due to the coronavirus lockdown measures being significantly eased.

UK Chancellor of the Exchequer Rishi Sunak is among the ministers urging the public to relearn safely going out and enjoying meals with friends and family in order to kick-start the economy after over three months of complete shutdown.

“Ultimately if we eat out to help out, we can protect those jobs. It’s not abstract,” Sunak told ‘The Times’ in an interview.

“I’m worried about a generation that is scarred by coronavirus – we don’t want to lose that generation. There’s no reason for that to happen if we can get these next few bits right. For me this is really about social justice. I look at the situation, and I’m desperate for all those people to go back to the jobs that they had at the beginning of all of this,” said the Indian-origin Cabinet minister.

The finance minister, who has been at the forefront of the UK’s economic response to the COVID-19 pandemic, expressed his worry for the thousands of job losses that have already taken place across different sectors of the economy.

“Huge numbers of people who are losing their jobs, families losing security, that weighs heavily on my shoulders,” he said.

In a preview of his planned message to MPs in Parliament on an economic update on Tuesday, Sunak said that restoring consumer confidence is the best help the British economy can receive at this stage.

The Treasury is also set to publish an analysis to reveal that his Treasury department’s efforts, such as the Coronavirus Job Retention or furlough scheme, reduced the economic hit from the deadly virus to average household incomes from 30 per cent to 10 per cent.

On a visit to the Bell and Crown in Chiswick in west London, he said Britain’s pubs and bars employ almost half a million people, “which is why it’s such good news that so many people are able to return to work this weekend, helping us all to enjoy summer safely”.

Last week, he had revealed on Twitter that though he isn’t a drinker, he was excited about pubs reopening.

I can’t wait to get back to the pub…and I don’t even drink. Good news for business today and glad we’ll all hav… https://t.co/Dyjv8mCIOq

“I can’t wait to get back to the pub… and I don’t even drink… glad we’ll all have a chance to enjoy the summer safely,” he tweeted.

Sunak’s plea for the economy was echoed by UK Prime Minister Boris Johnson, who said in a Downing Street press conference on Friday evening that he would certainly “buy and drink a pint” when pubs reopen from Saturday.

“And I really do need to repeat the message to everybody… this is a big turning point for us. We’ve got to get it right. Let’s work together and enjoy the summer safely,” he said, adding that the “economic health of the whole country” depended on responsible consumers allowing for a successful reopening.

Britain’s Prince William was also among the early ones to step out in a show of support and visited his local village pub near his family home in Norfolk, which had been closed since March 23, when the UK went into strict lockdown to prevent the spread of the virus which has claimed over 43,000 lives in the country.

For bars and pubs, the opening hours were set from 6am local time on Saturday morning, expecting a staggered opening to try and prevent a build up of large crowds. Many hairdressers across England took advantage of the midnight deadline on Friday and reopened from late night on Friday to accommodate a long list of customers desperate for a haircut after over 14 weeks.

Under the revised government guidelines, people are advised to stay one metre plus apart, with “mitigation” measures such as face coverings and not sitting face-to-face.

Meanwhile, Wales is urging its citizens not to be tempted to head nearby into England for a drink or to party as the devolved administration is yet to lift all of its restrictions. While Northern Ireland began serving customers from Friday, Scotland has set Monday as the date for a partial reopening. 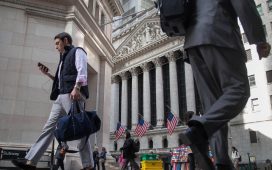