The UK’s restaurants and bars have reported an even bigger boost from the government’s discount eating-out scheme in its second week, but say trade on other days is suffering while many customers are spending less.

David Page, chief executive of Fulham Shore, owner of the casual dining chains Franco Manca and The Real Greek, described Monday as “the most bizarre day I’ve ever experienced” as diners packed out its restaurants.

Sales at Franco Manca were 50 per cent up compared with the same day last year, while revenues at The Real Greek were double. Tuesday was marginally quieter but still increased significantly on 2019.

Trade at D&D on Monday and Tuesday — typically the quietest days of the week — was up 150 per cent on last week, which was already 70 per cent higher on the week before. But, Mr Gunewardena warned that it was “massive growth from a low base”.

The number of transactions on Monday across all cafés and restaurants was 10.2 per cent more than a week before, according to payment provider SumUp, which is used by about 30,000 dining businesses, while Tuesday had a 20.5 per cent uplift.

Operators were waiting on Wednesday’s figures.

The ‘Eat Out to Help Out’ scheme allows a government-funded 50 per cent discount on food and soft drink up to £10 per head from Monday to Wednesday during August. More than 73,000 businesses, from chains such as PizzaExpress to independents, have signed up to the initiative which was used 10.5m times last week.

Few operators were willing to criticise the scheme despite fears that it will not do enough to save the sector as it faces an onslaught of rent and salary costs when the government’s eviction moratorium and furlough support end in September and October.

Mr Page warned, however, that despite the initiative’s good intentions, trade had also been depressed on Thursday and Sunday.

The Restaurant Group, which owns Wagamama and Frankie & Benny’s, said that bar central London it had also had an uplift, but added: “The real proof of the pudding will be when the scheme finishes.”

In order to recoup as much revenue as possible while the scheme is running, the majority of operators have suspended their usual promotions. Others have refused to let diners use separate discounts alongside the scheme, despite the government permitting it. 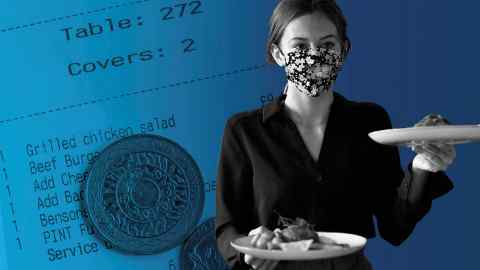 Russell Nathan, head of hospitality at accountancy firm HW Fisher, said that although it offered “good money” to struggling businesses, many said customers were spending less per head: “There is a limit to what people will spend even with the £10 voucher. It is attracting a lot of young people who don’t spend as much as older people.”

Many restaurants, including D&D, have introduced more profitable fixed-price menus, while Corbin & King, which owns The Wolseley and Brasserie Zedel, has increased its service charge, which is not included in the discount, from 12 to 15 per cent.

Corbin & King said the move was an effort to return more income to its staff after tips were not covered by state furlough funds.

There has been also evidence of consumers trying to misuse the scheme.

Two restaurant operators separately commented that some customers had ordered one course, paid, and then started another bill for the next course in order to claim the discount twice, particularly at more expensive restaurants. 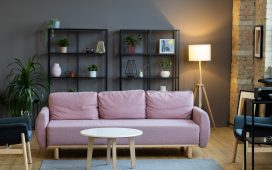