The Treasury late last week announced plans to withdraw the VAT retail export scheme for ​non-EU visitors after the end of the Brexit transition period on December 31. This has allowed visitors from beyond the bloc to claim a refund on the VAT on items bought in the UK and taken home.

Businesses in tourist-heavy areas such as London’s West End, other cities and retail centres such as Bicester Village in Oxfordshire have benefited from the scheme. They had hoped to see it extended to EU visitors next year to attract high spenders to the UK.

On Friday, the Treasury said instead it would withdraw the existing relief for all visitors, making the UK the only country in Europe not to offer tax-free shopping to international visitors, according to the New West End Company, a partnership representing 600 retailers, restaurateurs and hoteliers in London.

International visitors account for about half of footfall in the West End, but a disproportionate amount of spending, the group said.

Jace Tyrrell, chief executive of the New West End Company, described it as a “devastating” decision that would “kill any city centre recovery”. The group is taking legal advice on how the decision was made, a move he said had support from a broad range of businesses across leisure and aviation.

Mr Tyrrell said the decision was “a body blow to the UK economy” and, rather than showing the UK was open for business after Brexit, would encourage overseas visitors from places such as the Middle East and Asia to go elsewhere to spend money.

The New West End Company said that, based on its calculations, the move would turn a potential £2.1bn tax-free shopping bonus from the UK’s departure from the EU into a £3.5bn loss of tax-free sales.

“This is a £5.6bn hit on the UK economy even before accounting for the negative knock-on effect on wider international tourism spending, at a time when retail and tourism across the UK are already reeling,” it said.

“This decision has massive negative implications for Britain’s tourism industry, hitting hotels, restaurants and cultural attractions across the whole of the UK as high-spending tourists instead choose to go to Paris, Rome or indeed any European country other than the UK.”

The group said that “not only will the Treasury save nothing, but the inevitable fall in international tourist numbers and spending in the UK will reduce all other VAT income”. The total annual spending by international visitors is more than £22bn, it said, of which a tenth is on tax-free shopping.

The Treasury said the VAT retail export scheme was “a costly relief which does not benefit the whole of GB equally, with current use of the scheme largely centred in London”.

It said that VAT-free shopping would still be available for goods sent directly to overseas addresses, although retailers argued this meant that in practice there would be no need to travel to the UK.

The Treasury said: “We’re making use of the end of the transition period to bring our personal duty and tax systems in line with international norms.”

Joss Croft, chief executive of UKinbound, which represents UK tourism, described it as “another nail in the coffin of Global Britain”. He added: “Scrapping the scheme is a short-sighted action that will negatively impact the UK economy and reduce our global competitiveness.”

On Friday the Treasury also extended duty-free shopping — which mostly covers tobacco and alcohol sales, for travellers from the UK to the EU, describing it as “a significant boost to airports”.

However, airport operators warned about the impact of another decision last week, to stop from January tax-free sales in airports, ports and the Eurostar terminal to non-EU foreigners of goods such as electronics and clothing.

The aviation sector had hoped to see the tax-free rules extended to passengers travelling to the EU.

Airport Operators Association chief executive Karen Dee said the government had “once again shown a complete lack of awareness for the jobs and businesses on the line in the aviation sector”.

She added: “Our industry is weathering the worst crisis in the history of civil aviation, it can scarcely afford another hammer blow like this. By removing the airside statutory concession, the government is needlessly harming the revenue of retailers and airports.” 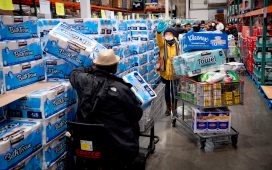 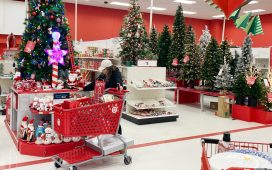 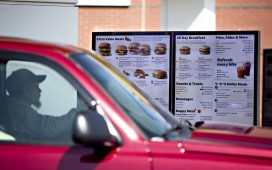 It's not your imagination: Restaurant drive-thrus are slower and less accurate