Retailers in the UK say they are struggling with unfair competition from Chinese online sellers who benefit from subsidised postal costs.

Domestic vendors say it can be cheaper to send a small item to London from Shenzhen than from Sheffield, partly thanks to international rules.

UK postal operators such as Royal Mail are reimbursed by the operator in the country of origin some of the cost of processing and delivering letters and small packets under 2kg from overseas after they arrive on UK shores.

However, countries classed as “developing” — such as China — are charged significantly less for the service than industrialised nations under a system called “terminal dues”.

Donald Trump has demanded reforms to the system, claiming it undermines American business. The US president has threatened unilateral action unless the rates are increased to end market distortions.

Nick Glynne, founder of Buy It Direct, which sells appliances, electrical equipment and furniture, described the situation as “outrageous”.

“Royal Mail is subsiding Chinese resellers. People have no idea the scale of what is happening. It is cheaper to get something direct from China than for us to deliver it from the UK,” he said.

About 2m items are thought to arrive in the UK each week from Asia. An army of small-scale Chinese traders on websites such as Wish, Amazon Marketplace and Ebay buy stock direct from wholesalers and then dispatch electrical goods, cosmetics and other lightweight items in bubble-wrap envelopes, which are transported by air freight to the UK, often within days.

The Financial Times purchased a Samsung phone charger on Ebay from a UK seller for £3.19 with free postage. It arrived in a week from China and contained Samsung branding and CE marking. The same model costs £19.99 from Carphone Warehouse, although that product also includes a USB cable.

The FT also bought a tube of eyelash glue on Amazon for 58p. It arrived after 10 days, post-free, from an address in Laos.

I have always tried to steer clear of stuff they [Chinese online sellers] can do. You cannot compete with subsidised products

“It is unfair and it needs to stop,” said Steve Oliver, cofounder of Music Magpie, a vendor of second-hand CDs, DVDs and mobile phones.

Royal Mail said the Universal Postal Union (UPU), a UN agency, sets limits on the rates that China pays for postage once it reaches the UK.

The UK operator has a separate bilateral deal with China but declined to give details on the grounds of commercial confidentiality. “The agreement ensures we are paid adequately for our services,” the company added.

Royal Mail also declined to disclose how much international mail it handles. Its annual report for 2017-18 stated that the top three countries for cross-border purchases into the UK were China, the US and Germany.

The availability of cheap imports has hit high street retailers in the UK as well as online merchants. Maplin, the chain that went into administration in February, sold small electrical components available direct from China. It attempted to move to higher value items but could not adapt quickly enough.

Zeif Hussain, of PwC, one of Maplin’s administrators, said UK retailers were facing unprecedented pressure from rising costs and international competition. “Overseas sellers have a lower cost base and some products are loss leaders to attract shoppers,” he said.

UPU guidelines endorse the principle that each country should be compensated by the sending country for the delivery of inbound packets and documents at a rate of about 70 per cent of the domestic postage, with varying levels of discounts for developing economies. However, many operators give each other much larger discounts, according to Jim Campbell, a US consultant and lawyer.

“The reality is that industrialised countries are charging substantially less than 70 per cent of the domestic postage [price] for the delivery of inbound small packets,” said Mr Campbell. Legacy national postal groups offered discounts to protect their position in the ecommerce delivery market against competitors, he added.

The system is undergoing reform. In 2016, the UPU agreed new rates that specifically increased costs for small packets from China and other middle-income countries, such as Turkey and Russia, with an ultimate goal of applying the same terms to all nations by 2021.

An extraordinary congress of the UPU this week is discussing the issue, along with a number of others. Mr Campbell said the new uniform rates would still offer a substantial discount to overseas sellers.

“The UPU is now significantly increasing the rates that China pays for postage,” said Royal Mail. “China will pay similar rates to major European posts by 2021.”

‘You cannot compete with subsidised products’

Many small UK retailers and online sellers believe more needs to be done.

Nick Whitehead is the managing director of Xbite, an online retailer in Chesterfield founded in 2004, which today employs 90 people. He said he had suffered from the “crazy” system and had to switch to more expensive products to survive.

“I have always tried to steer clear of stuff they [Chinese online sellers] can do,” added Mr Whitehead. “You cannot compete with subsidised products.”

Mr Whitehead said it was not just cheap delivery that threatened the UK retail trade. Sellers can under-declare the value of products to avoid VAT, charged only on packages worth more than £15, and they may not have performed full British safety checks.

Some retailers also fear that Chinese sellers could route goods through nearby countries that might continue to benefit from favourable postage rates during the transition period to higher rates.

The UPU declined to comment before the congress finished on September 7. 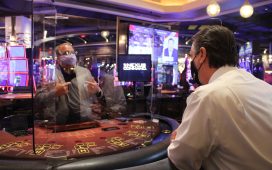 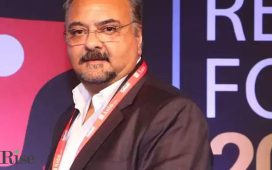 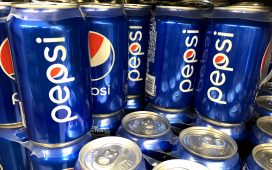