Sign up to myFT Daily Digest to be the first to know about UK infrastructure news.

The UK’s competition watchdog will launch an investigation into an exclusive deal between Electric Highway and three major service stations that threatens to restrict competition around important contracts to build electric vehicle motorway charge points.

The Competition and Markets Authority said on Friday the probe will look at the lawfulness of arrangements between the national charging network and Moto, Roadchef and Extra. It has the power to levy fines if it uncovers any breach of competition law.

The Electric Highway, created in 2011 by the pioneering green energy company Ecotricity, has come under attack in recent years from competitors for stifling the rollout of charge points along motorways in Britain, which is seen as key to overcoming “range anxiety” among drivers who travel lengthy distances.

According to the CMA, Electric Highway’s deal with the three motorway service providers risks increasing barriers of entry for other charge point operators, and could undermine the effectiveness of a new £950m fund launched by the government to cover updates to the grid.

The regulator said several companies had come forward to say they would like to compete for contracts to build motorway service charge points, causing it to question whether the existing exclusivity deal was fair.

The Electric Highway, recently sold by Ecotricity to Gridserve, a company backed by Japan’s Hitachi, has been criticised in the past for a lack of investment and the reliability of its chargers.

Gridserve said it had already made progress in upgrading the Electric Highway network since acquiring it less than two months ago, such as by replacing older chargers in more than 70 locations.

It added that its focus was to “find a path forward that addresses the concerns raised by the CMA”, while also retaining “momentum” and continuing to deliver on its charging infrastructure plans and investments.

Roadchef said it was “committed to working with the CMA”. Moto and Extra also issued statements saying they would be “co-operating fully” with any investigation.

The investigation came as the CMA urged ministers to set out a national strategy to overcome EV infrastructure challenges, as the UK works towards the 2030 ban on the sale of new petrol and diesel cars and vans.

Sales of new hybrid vehicles will also be banned from 2035. The government recently launched a consultation on phasing out the sale of diesel trucks from 2035.

The watchdog also warned the rollout of on-street chargers by local authorities was “too slow” and rural areas were being “left behind”, as on-street stations are critical to people who do not have driveways.

There are nearly 25,000 public charging devices in more than 15,700 locations in the UK, according to Zap-Map, an app that helps drivers track charge points. However, more than 10,800 of these are in London and the south-east, compared to just 831 in the north-east.

The CMA’s forecasts suggested between 280-480,000 public charge points would be needed by 2030 to satisfy a full shift towards the use of electric vehicles, more than ten times the current number.

Andrea Coscelli, chief executive of the CMA, said EVs would “play a critical role” in meeting the UK’s 2050 net zero emissions target. But added “the challenges with creating an entirely new charging network should not be underestimated”.

“Some areas of the rollout are going well and the UK’s network is growing — but it’s clear that other parts, like charging at motorway service stations and on-street, have much bigger hurdles to overcome,” Coscelli added. 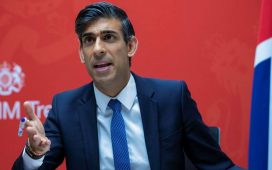