The UK’s competition watchdog has launched an in-depth study into the booming music streaming market, to assess whether the big record labels and services such as Spotify hold “excessive power”, and whether artists and fans are getting a fair deal.

The Competition and Markets Authority (CMA) was asked to launch the study after a scathing report by a cross-party committee of MPs last year called for a “complete reset” of a streaming model it believed only benefited big labels and superstar acts.

“Whether you’re into Bowie, Beethoven or Beyoncé, most of us now choose to stream our favourite music,” said Andrea Coscelli, the CMA chief executive. “A vibrant and competitive music streaming market not only serves the interests of fans and creators but helps support a diverse and dynamic sector, which is of significant cultural and economic value to the UK.”

The CMA said the market study, which will examine the streaming industry from “creator to consumer”, will pay particular attention to the power and influence of record labels and music streaming services.

“The CMA will consider whether innovation is being stifled and if firms hold excessive power,” it said. “The CMA will also assess whether any lack of competition between music companies could affect the musicians, singers and songwriters whose interests are intertwined with those of music lovers.”

The study will assess whether or not there is a need for a full competition investigation, and if the government should legislate to improve the UK music market, take enforcement action against firms, encourage industry self-regulation or allow it to continue as it does now.

“As we examine this complex market, our thinking and conclusions will be guided by the evidence we receive,” said Coscelli. “If the CMA finds problems, it will consider what action may be necessary.”

The streaming revolution has given big music labels their mojo back. Last year, Universal Music, the world’s biggest music company and home to artists from Taylor Swift to the Beatles, was floated at a €45bn (£38bn) valuation. Warner Music, bought by Sir Leonard Blavatnik for $3.3bn (£2.5bn) in 2011, is now valued at more than $22bn.

The culture select committee report in July looked at the economics of streaming and noted that the world’s three biggest music companies: Universal Music, Sony Music and Warner Music, control about three-quarters of the UK recording market, allowing them to strike increasingly advantageous deals with streaming companies such as Spotify.

In contrast, most artists say they do not get a fair share of royalties from streaming deals they have as part of their record contracts.

“Streaming has led to an explosion of choice for music fans and creators in the UK,” said a spokesperson for the BPI, the industry body representing the UK recording industry. “The BPI looks forward to engaging closely with the CMA to help it understand the changes that streaming has brought to the music market.”

The CMA has until the 26 July to issue an interim report on the provisional findings of the market study, including a decision on whether it believes there may be grounds for a full market investigation.

The regulator then has until 26 January next year to publish the full report as well as formally start an in-depth investigation, if it deems one is required. 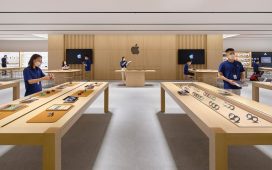 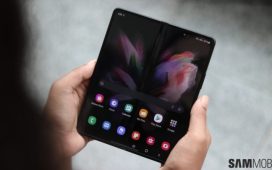 Crypto is ‘worth nothing’ and should be regulated: Europe Central Bank president – Al Arabiya English 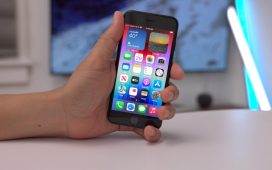 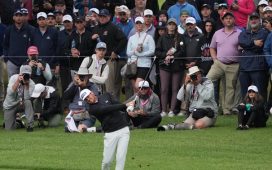