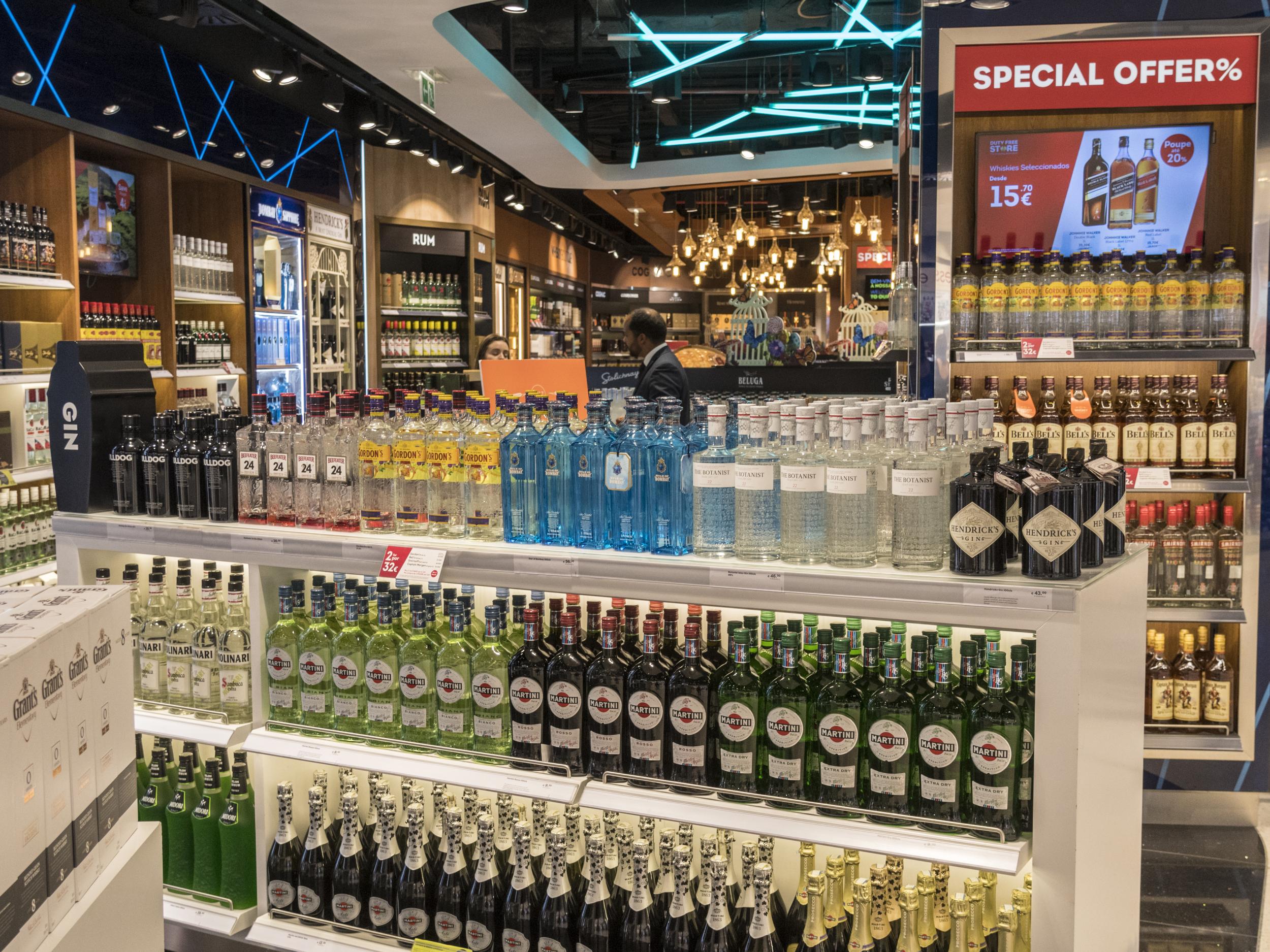 The return of tariffs in the event of a no-deal Brexit will make many foods and other imports more expensive, but alcohol and cigarettes will become cheaper – provided you buy them on your way to the EU or in a duty-free shop on the continent.

The Treasury announced on Tuesday that duty-free shopping for those products will be reintroduced for EU countries if Britain leaves the bloc without an agreement, falling out of the single market and becoming a third country – ie no longer part of the union.

That means people shopping in UK airports, ports and international train stations when travelling to the EU will no longer have to pay UK excise duties on alcohol and tobacco. The Treasury estimates that a bottle of wine bought in Heathrow duty-free could, as a result, be up to £2.23 cheaper.

Holidaymakers will now also be able to bring in limited amounts of alcohol and cigarettes bought at duty-free shops in the EU, saving over £12 on two crates of beer, for example.

Chancellor of the exchequer Sajid Javid said: “As we prepare to leave the EU, I’m pleased to be able to back British travellers.

“We want people to enjoy their hard-earned holidays and this decision will help holidaymakers’ cash go that little bit further.”

Currently, travellers will be able to shop duty-free when going to non-EU countries.

Travellers within the EU were able to shop without paying certain local taxes and duties, or customs charges, until the 1990s, on the condition that they took the goods out of the country. Duty-free sales were then abolished when the single market was introduced, effectively erasing national borders.

In a 1997 statement defending the decision, the European Commission wrote: “People enjoy being able to literally fill up their car or baggage with goods bought in other EU countries that are cheaper or not available in their country of residence.

“Being able to buy a single 1l bottle of spirits and a single box of 200 cigarettes in a duty-free shop if you happen to travel by air, sea or the Channel Tunnel shuttle pales in comparison with the new opportunities to shop in other EU countries.”

These opportunities include the freedom to bring in unlimited amounts of goods bought anywhere in the EU without systematic border checks, making shopping in another EU country as easy as purchasing in a local shop, the commission noted.

This freedom will be kept in part after a no-deal Brexit, according to the Treasury statement. People travelling back from the EU will still be able to bring back unlimited amounts specifically of alcohol and cigarettes, provided they did not buy them in a duty-free shop.

The Treasury’s decision on duty-free shopping will not apply to movements of goods from Northern Ireland to EU member state Ireland, as EU law does not allow the Irish government to operate duty-free at the land border.

A no-deal Brexit, which until last week looked increasingly likely, faces a fresh hurdle after parliament passed a law to stop such an outcome. The bill requires Boris Johnson to request an extension to Brexit negotiations until the end of January unless he can secure a deal or parliamentary approval for no deal by 19 October.

READ  How Huawei used the UK to become a global giant

How to save money on everything you need for Shrove Tuesday — plus book your Hols From £9.50

Prime Day is over&mdash;but you can still find massive savings at these stores