At the height of his powers, tech entrepreneur Mike Lynch was celebrated as one of the most brilliant businessmen this country had ever seen, frequently described as Britain’s answer to Microsoft founder Bill Gates.

The son of a nurse and a fireman from Essex, he rose from a modest background to the pinnacle of riches and acclaim, thanks to his abilities as a scientist and entrepreneur.

Now, in a dramatic showdown with Meg Whitman, one of the foremost female executives in the US, he is accused of being a fraudster on an epic scale – allegations he vehemently denies, claiming he is the victim of a cynical campaign to trash his reputation. 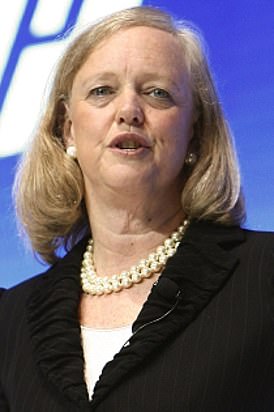 Career: Whitman is best-known for taking auction website eBbay from little over £4million in sales to more than £6billion in just a decade.

Wealth: Estimated at £2.7billion. She reportedly bought a two-bedroom apartment in Sierra Towers, Hollywood, for £4.9m and owns a £3.6m mountain ski home and £13.6m ranch in Colorado. 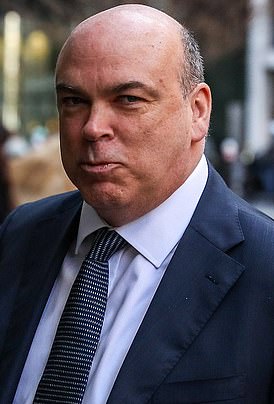 Career: Founded Autonomy in 1996, as a spin-off from fingerprint analysis firm Cambridge Neurodynamics.

Lives in £6million Georgian manor house set in 70 acres of East Anglia, where he keeps rare breeds of cows and pigs.

In a vicious High Court battle – the biggest fraud trial in English legal history – he is pitted against the might of US giant Hewlett Packard Enterprise (HPE), of which Whitman is a former chief executive, which is suing him and his former finance chief, Sushovan Hussain, for £3.8billion damages.

Lynch is counter-suing for sums likely to run into hundreds of millions of pounds for payments he says he missed out on and investments he claims were lost as a result of HPE’s accusations.

It is a galling turn of events for Lynch, who also faces extradition to the US on fraud charges and a long prison term if found guilty.

Until he became embroiled in the confrontation with HPE, his career had seemed an unalloyed success.

After reading natural sciences at Christ’s College, Cambridge, he founded Autonomy armed with little more than a clever observation about equations formulated in the 18th century by Thomas Bayes, an obscure Presbyterian clergyman.

The insight that Bayesian techniques could be used to sift masses of computerised data fuelled the growth of Autonomy, which was one of the most successful tech businesses ever on the London Stock Exchange before it was sold to HPE in 2011 for £8.5billion.

Just a year after the ink had dried on the deal, HPE claimed it had been sold a pup.

It wrote down the value of Autonomy by $8.8billion, claiming that $5.5billion of it was due to fraud, and that Lynch and Hussain had engaged in large-scale false accounting to inflate the company’s revenues. Lynch and Hussain, 54, deny wrongdoing.

For his part, Lynch accuses HPE of running a systematic campaign to trash his reputation and to make him the scapegoat for its own poor management decisions.

He argues many of the so-called ‘irregularities’ HPE says it found in fact boil down to differences of opinion over accounting rules, and that all were signed off by the auditors, Deloitte.

Read More   Was the GKN Takeover Battle Worth It?

After the sale, he ploughed a chunk of the £600million he made from the deal into setting up Invoke Capital, which invests in new technology businesses.

He claims the damage HPE has caused his reputation led to some investors shunning Invoke.

His lawyers argue it led to the loss of a $400million investment that was being considered by US private equity firm Warburg Pincus, along with $550million from the Ontario Teachers’ Pension Plan.

Experts hired by Lynch also claim he has personally made up to $130million less from Invoke than he would have done if HPE had not attacked him.

On the other side, Laurence Rabinowitz QC, for HPE, told the court this week that: ‘Contrary to what has been said by Dr Lynch, this is not a dispute about accounting standards. It is, pure and simple, a fraud.’

The stakes could not be higher. On the eve of the High Court trial, a string of charges were laid against Lynch in the US, including claims he destroyed documents and paid employees ‘hush money’.

These come on top of charges for fraud in the US in November last year, which led to him stepping down as a scientific adviser to Theresa May.

Lynch’s supporters claim HPE belatedly realised it had paid too much for Autonomy and tried to back out of the deal, but was prevented from doing so by the UK Takeover Panel.

They argue HPE has selected him as a target as the Americans need a high-profile ‘villain’ to blame for their own bungling, as well as a rich individual with deep pockets who could be made to pay.

The fruits of his enterprise have brought lavish rewards, including a £6million Georgian manor house set in 70 acres of countryside where he keeps rare breeds of cattle and pigs.

The mansion in Suffolk has a swimming pool, four cottages and a lodge. His other homes include a five-storey townhouse in Chelsea worth more than £20million and, reportedly, a super-yacht.

Key to his defence is that, as the founder of a successful company with cash reserves of £500million, it makes no sense that he would feel the need to turn to fraud.

Nor, his defenders say, would he have agreed to take on an executive role at HPE after the sale if he really had committed a huge accounting fiddle with the US firm as his victim.

What is undeniable is that he had a great deal to lose. It is not just money, but his personal standing that is at risk.

Mike Lynch’s guilt or innocence is yet to be proven, but it is tremendously sad a man with such a brilliant mind, who could be devoting his talents to creating the next British tech giant, finds himself in court instead of the research lab.

ALEX BRUMMER: Emma Walmsley fires up the big guns in the war for Glaxo

Joules laps up Britons' desire to get back to nature