Underlying measures of business investment in the US looked to be in solid shape at the start of the year, bouncing back from declines at the end of 2019, but economists are questioning how long a recovery might last in the face of the coronavirus outbreak.

The headline index tracking spending on long-lasting, or durable, goods eased 0.2 per cent from December, when it jumped an upwardly revised 2.9 per cent (previously 2.4 per cent), Department of Commerce data showed on Thursday. That was a better result than the 1.5 per cent drop economists had forecast.

Even more encouraging was a slight bounce back in measures of underlying spending, which strip out purchases of big-ticket items like aircraft and defence, that were weak in the final month of 2020. Additionally, some of December’s readings were revised higher, too.

Michael Pearce, senior US economist at Capital Economics, said the small decline in headline durable goods orders was “entirely due” to a tumble in defence orders, which tend to be volatile. The surge in underlying capital goods orders and shipments was a more positive development, though.

New orders for non-defence capital goods excluding aircraft, commonly regarded as a proxy for business investment, rose 1.1 per cent, bouncing back from a revised 0.5 per cent decline (previously a 0.8 per cent drop). It was the quickest pace since October, and blew past forecasts for growth of 0.1 per cent.

Orders for durable goods excluding defence purchases rose by their quickest pace since March 2018, growing 3.6 per cent in January from Decembers’ upwardly revised 1.9 per cent fall (previously a 2.4 per cent drop).

“That suggests business equipment growth was beginning to rebound in the first quarter, although that recovery could be curtailed very quickly in the event of a widespread domestic coronavirus outbreak,” Mr Pearce said.

Separately, a second estimate on US economic growth in the final quarter of 2019 was left unchanged at 2.1 per cent. 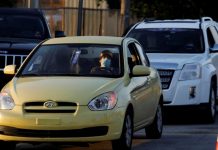 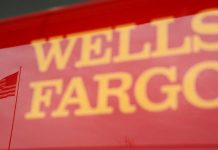 Stocks rise as Bernie Sanders drops out of US presidential race 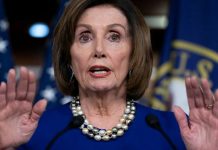 Need toilet paper or eggs? You might be able to find these in-demand items at restaurants amid COVID-19

Want to fight climate change? Drink gin made from peas