Unusual Insurance: How startups are changing the insurance game

You have bought health and life cover, but have you considered insuring the branded spectacles you bought last Diwali? How about insurance for a new bicycle?

A slew of startup insurance companies, mostly selling online to keep costs low, are trying to sell micro insurance products, promising low premiums and rapid settlement. Often working with larger insurers, they try to sell to a small demographic segment of affluent, digitally savvy customers in India where insurance penetration is among the lowest in the world.

This monsoon, for instance, some 25,000 people bought cover against the risk of dengue from Toffee Insurance, a startup backed by funders such as Omidyar Network, Kalaari Capital and Accion. The numbers are small and growing, but mark the emergence of an interesting new trend in a business thus far dominated by long-term plans with annual premiums, for automobiles, accidents, health, property and so on.

Dengue cover of up to Rs 1 lakh for a premium of Rs 550 is offered between end-June and October, when people are most likely to be bitten by an Aedes mosquito. Between November and February, users can take cover for respiratory diseases. The startup also offers covers against lost backpacks, broken spectacles, bicycles and so on.

Most products are sold by the retailer concerned. An optician might sell a micro insurance product along with a spectacle. A shopping website might sell insurance along with a cellphone. But these are powered by new-age insurance startups.

They are disrupting the traditional model and increasing the user base of people insured. In India, less than 10% of the population have any kind of cover. High costs and lack of trust have meant that people primarily buy what helps them save tax or when mandated by law, like car insurance. Insurance startups saw an untapped market in micro insurance and are trying to fill that gap, while growing the category, building awareness and dreaming up new micro products.

Acko has partnerships with around 30 companies who push the covers, bundled with their products. Partners include Ola, Oyo, RedBus, Zomato and Amazon.

If a user bought a ticket and a cover from RedBus and her ride is cancelled, the benefit is transferred to her. Or, while booking an Ola cab to the airport, one can pay Rs 1 to take a missed flight cover (provided the cab is booked well in time to reach the airport). In case of a missed flight, the user has to get a “no show” certificate from the airline to claim the settlement.

For Acko, half the business comes from micro insurance products and the rest is from traditional insurance policies. “Insurance is extremely regulated and under-penetrated. New companies build the right architecture and are savvier in offering digital-first experience,” says Ramaswamy. Turning a retailer into a sales agent means these startups save the cost of maintaining an army of sales agents and the offices to accommodate them. Settlements are done digitally.

“Insurance is a push product — it has to be sold at the point of sales. We create a product, partner with a distributor and sell at point of sale,” says Rohan Kumar, cofounder, Toffee Insurance. The startup sells cycle insurance via dealers, including Hero and FireFox. Backpack insurance can be bought for Rs 50 (for a sum insured of up to Rs 5,000) from retailers such as Wildcraft and RoadGods. The products are micro, but their target market is massive. For example, about 15 million cycles are sold in a year in India, which translates into an insurance premium potential of about Rs 100 crore. Spectacles represent a Rs 2,800 crore premium opportunity and the mobile phone insurance market is worth around Rs 12,000 crore a year. The target audience are those below 35 years of age, who, in Kumar’s estimation, “are tech-savvy and can afford such products”.

These companies are also ushering in innovative approaches to settlement of claims. Checking the claim of a lost backpack or a bicycle is not easy. Toffee has tied up with FaceStorm, an Israeli company, for fraud mitigation. A person claiming stolen cycle or backpack has to give a one-minute video narration of the incident. FaceStorm software checks different parameters to conclude if the video is trustworthy or not. They also check the user’s CIBIL score.

According to deal tracker Tracxn, there are over 100 startups in insurance, including Policybazaar, Turtlemint, Digit, Coverfox and OneAssist. These include aggregators, brokers and those offering their own products. Toffee launched its insurance platform in April 2018. It has a corporate agency licence from the Insurance Regulatory and Development Authority. It works with eight insurance companies, including HDFC Ergo and ICICI Prudential, to create unique products. While they sell the product, the underwriting is often done by a larger insurance company.

It’s an expanding market but Dhirendra Mahyavanshi, cofounder of Turtlemint, an insurance broker, says these are early days for sachet products: “Micro products allow companies to hook customers to sell other products.” Turtlemint, backed by Sequoia, Nexus Venture and Blume Ventures, has over 50,000 agents and has raised $25 million. The idea is to sell a low-value product, create a data base of customers and try to sell more expensive and higher margin products such as term insurance.

Globally, Lemonade and MetroMile in the US, Trov in Australia and ZhongAn in China offer a combination of sachet and other insurance products. In fact, ZongAn offered 500 new products every quarter, including cover for Valentine Day breakups, which was discontinued after regulator intervened. 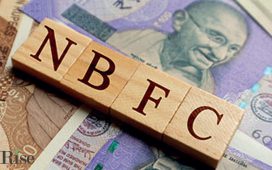 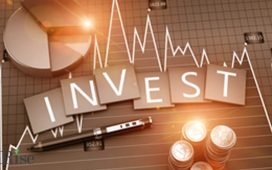