Last week Pernod vowed to lift its margins and shareholder returns in a three-year strategic plan that Elliott described as a first small step.

“We met in January. We will continue to have an open dialogue with Elliott in the coming weeks or months, as we do with other shareholders,” he told Reuters.

A spokeswoman for the fund declined to comment on Tuesday.

Ricard said talks with Elliott centered around governance and margin improvement, adding that Pernod is a consolidator rather than a takeover target.

Elliott’s arrival has raised speculation of potential dealmaking. A source close to the matter told Reuters in December that Elliott had suggested options such as merging with another spirits company.

Ricard declined to comment on the likelihood that Elliott would seek a seat on the board of the maker of Absolut vodka and Martell cognac.

Pernod’s 46-year-old CEO, who once worked as an M&A consultant at U.S. bank Morgan Stanley and appeared bare-chested at his desk in an internal promotional video last year, acknowledged that change is necessary for success.

“The mandate I think I’ve been given is quite clear. It’s to consistently and ruthlessly pursue value creation over time,” Ricard said.

“If you want a company to succeed and stay over time, that company needs to transform itself permanently. Consumers change over time, the environment changes, the dynamic changes — if you don’t keep transforming yourself, it’s not going to happen.”

He declined to say whether having Elliott as a shareholder helped him to push the message on the need for change within the company, or what governance initiatives might be in the pipeline.

When asked about double voting rights for longtime shareholders – which are often granted by French companies after two years – Ricard said there were no plans to change the company’s practice of affording them only after 10 years.

One source had told Reuters the company’s current policy limited the influence of outsiders. However, Ricard said the rights were open to all qualifying shareholders, not just those close to the Ricard family. 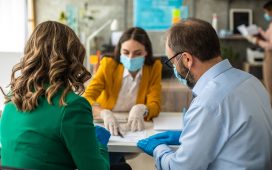