Economists warned on Wednesday that the US economy was facing a “watershed moment” as Donald Trump vacillated on agreeing to a new round of stimulus cash for people and businesses hit by the coronavirus pandemic.

Trump pulled the plug on the fractious and lengthy discussions over more aid on Tuesday. “I have instructed my representatives to stop negotiating until after the election when, immediately after I win, we will pass a major Stimulus Bill,” Trump wrote on Twitter.

Stock markets fell, and on Tuesday evening Trump’s position appeared to soften and the president tweeted he was prepared to sign off on more aid for the US’s troubled airline industries and “a Stand Alone Bill for Stimulus Checks ($1,200), they will go out to our great people IMMEDIATELY. I am ready to sign right now.”

That money would represent a fraction of the $2.2trn support which the Democrats are pushing for. And on Wednesday, senior Trump officials added to the confusion as they appeared to pour cold water on the idea of a major new stimulus deal being agreed ahead of the election.

Mark Meadows, Trump’s chief of staff, told reporters: “The stimulus negotiations are off.”

US and UK markets rose after Trump’s apparent volte-face, but the situation remains volatile.

Appearing on CNBC, Larry Kudlow, the director of the National Economic Council, said the US still faced an emergency situation but “less so” in recent weeks and months. He, too, moved to dampen expectations that a big deal is forthcoming.

“What President Trump was saying yesterday is, all right, we are too far apart for a gigantic bill. It’s too close to the election. Not enough time to get stuff done at this stage of the game,” Kudlow said.

In a note, Oxford Economics called the situation “a watershed moment for the US economy as fiscal stimulus is expiring and employment is slowing. Without faster job growth – unlikely at this stage of the recovery – or increased fiscal aid, households, businesses and state and local governments will be increasingly susceptible to a deterioration of the health situation.”

Gus Faucher, chief economist at PNC Bank, said the US economy needed a “substantial amount of stimulus” and that it needed to be done “sooner rather than later”.

“I am very concerned about business closures in the months ahead. The longer it takes to get this done, the greater the number of closures and permanent layoffs,” said Faucher.

“We are all dealing with a lot of uncertainty right now. Over the pandemic, the economy, the election, the president’s own case of coronavirus,” he said. “Adding another layer of uncertainty is unhelpful and if it persists, that will be a drag on the recovery through the rest of 2020. And that’s not good news for the economy.”

The unemployment rate has fallen sharply in the US in recent months, dropping to 7.9% in September from a high of close to 15% in April. But the recovery has been uneven, with black, Latino and younger workers still suffering disproportionately, and economists have worried that temporary furloughs caused by shutdowns are now becoming permanent layoffs.

The airline industry, Walt Disney and others have recently announced huge layoffs after furloughing workers. And on Tuesday, Federal Reserve chair Jerome Powell warned of “tragic” consequences if more stimulus money is not forthcoming.

Tattoos on your LinkedIn profile? Woman goes viral for not hiding her ink in company headshot

‘Factory of the future’ offers new blueprint for manufacturers 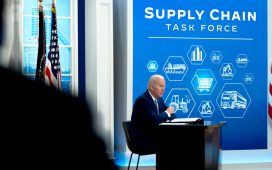 This Presidency Isn’t Turning Out as Planned 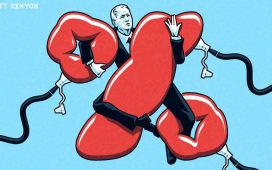 What Biden’s competition crusade tells us about globalisation