U.S. stocks finished higher Monday, with the Nasdaq rising for a fifth straight day as investors focused on healthy corporate earnings, which have so far helped to buoy the market over recent sessions. Technology and consumer discretionary stocks led the gains, underpinning the market’s move higher.

However, trade-related worries lingered as the U.S. continued to clash with its global counterparts over tariffs.

How did the main benchmarks fare?

Read: 6 factors to watch as the bull market pushes itself toward an endurance record

What drove the market?

Investors continued to weigh solid earnings against repercussions of retaliatory tariffs from trading partners and their impact on financial markets.


dropped more than 1% after a weekend editorial in China’s Global Times newspaper, known for its nationalistic views, said the country was ready for a “protracted war” over trade and that Washington had “lost its mind.”

Elsewhere, data showed German manufacturing orders plunged 4% in June, an indication that the global trade dispute is taking a bite out of corporate investments. The German DAX 30 index

What were analysts saying?

“Earnings growth has been great in the second quarter, but that has been countered by the signs that tariffs have moved from rhetoric into action and are impacting global supply chain,” said Diane Jaffee, senior portfolio manager at TCW.

Jaffee also noted that we might see some downgrades to forecasts over the next few months.

“The uncertainty surrounding midterm elections, which will be finalized in November, might put pressure on the markets, resulting in adjustments of forecasts. At our firm we have incorporated ‘tariff stress tests’ that paint a different picture from the bottoms-up approach,” Jaffee added.

“Despite the gains in the averages last week, fewer stocks hit new 52-week highs and an increasing number of issues reached new lows for the year. Overall, the technical indicators argue on the side of caution,” said William Delwiche, an investment strategist at Baird, in a note.

Which stocks were in focus?


surged 17% after the theme park and entertainment company posted better-than-expected revenue on a surprise jump in attendance numbers.


slumped 14% after the consumer goods company, whose brands include Paper Mate, Elmer’s and Rubbermaid, reported adjusted earnings that beat expectations, but sales fell.


fell 0.5% after the company reported fourth-quarter profit and revenue beats.


rallied 3.3% after the firm reported higher profit than expected, though sales fell short of estimates.


plunged 48% after the drug company said the U.S. Food and Drug Administration rejected its non-opioid drug.

PepsiCo Inc.’s longtime leader Indra Nooyi will step aside as chief executive, handing the future of the company


to one of her lieutenants at a time when shifting tastes hit the soda and snacks markets. Shares were up 0.9%.

What were other markets doing?


up 0.5%, partly on reports late last week that Saudi output may have fallen last month. Also, on Tuesday after midnight, the Trump administration is due to reinstate and intensify Iran sanctions on a range of sectors, with heavier measures aimed at the oil sector due to kick in after 90 days.

—Barbara Kollmeyer contributed to this article 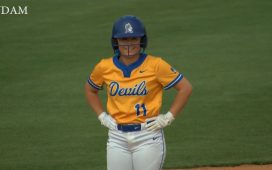 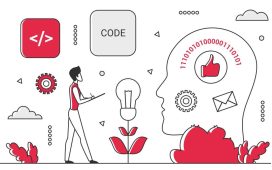 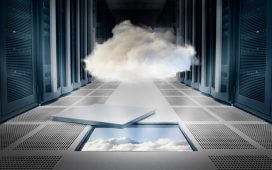