Since face to face chats are important, being able to do so remotely made this software invaluable. As a result, the price of their stocks rose by tens of billions of dollars.

There have been some downsides, of course, such as the difficulty for managers to get their message across as effectively in a virtual environment, so many employers are urging managers to consider personal impact training. Some hiccups aside, it’s been a boon to businesses as it has kept productivity high as well as instant communication.

The first half of 2020 saw an explosive virus that shut down the world’s economies. A lot of industries suffered as a result and the stock market was uncertain. However, what also happened is a reshuffling of the corporate order. Workers essentially became decentralized. Since they could work from anywhere due to high speed internet being readily available for many, many offices shuttered and their workers stayed home.

In fact, many predicted a much worse outcome for a recession that came and went fairly quickly. It was mainly due to the fact that many businesses continued as before. In fact many did much better since they had less overhead and there were some opportunities for some industries caused by Covid.

One of the biggest winners out of the pandemic was the tech industry with video conferencing giants like Skype and Zoom coming out way ahead. Microsoft Teams registered more than 115 million daily active users at one point in October of 2020. Though there would likely have been millions without the pandemic, there is no doubt that many tens of millions more were added as a result.

A Culture Change for Working from Home

Although remote working arrangements were trending upward for quite some time, before the pandemic many companies were not eager to let their workers not come to the office. They believed that productivity would suffer if their teams were remote. The more forward looking companies realized the benefits even before Covid had an effect.

The culture was slowly changing as many businesses realized that working from home was a perk that kept many employees happy which resulted in better productivity. They also enjoyed lower administrative costs by not having the overhead of the office and by automating a lot of Human Resources tasks that were better done digitally.

Then the pandemic hit and businesses that were slow to adopt the technology had no choice. They have since realized that it was an inevitability that remote working would become a thing due to the benefits it represents.

A trend that has presented itself due to the high number of teams working from home is how video conferencing has become gamified. Although remote workers are productive, it needs to be a proactive measure to make it so. Gamification has shown to be a highly effective way to keep teams working together and productive.

Gamification is simply a way of adding game design elements to video meetings and other tasks. They take the form of badges, rewards and even points just as you would find in a video game. This gives a subconscious incentive to be more engaged and productive to accumulate these rewards and points.

Gamification also improves the user experience so that more people are willing to take part in meetings and video calls.

The increase in productivity with video conferencing is one of the factors that made it explode in value since it was shown to be versatile and incredibly useful.

Analysts are predicting that there will be a slight drop in value of the market for video conferencing suites as there will be fewer people adapting to the technology. At this point in time, every company that could use it already is.

However, there is an expected growth of the sector in the coming years as more industries will be able to have people working remotely that previously couldn’t due to limitations of other technologies. With 5G expected to grow and allow people to live and work from areas that don’t have broadband fiber internet this will open up the possibilities for more remote workers to join the ranks. 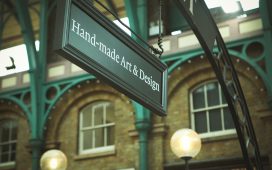 5 Reasons to Hire Professional Sign Makers for Your Business Signs 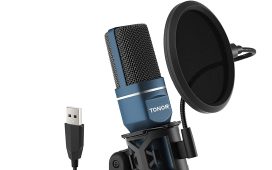 Best Mic for Podcasting and Voice Recording under $50