The U.S. is considering a ban of Chinese social media app TikTok over concerns that it poses a threat to national security.

Blevins, a competitive video game player with 6 million Twitter followers and 14 million Twitch followers, made the announcement after the Federal Communications Commission designated TikTok as a national security threat due to the app’s ties to the Chinese Communist Party and spying capabilities.

“I have deleted the TIK TOK app off all my devices. Hopefully a less intrusive company (data farming) that isn’t owned by China can recreate the concept legally, such funny and amazing content on the app from influencers,” Blevins wrote in a Wednesday tweet that has 9,300 retweets and more than 104,000 likes.

TikTok did not immediately respond to a request for comment.

The move highlights changing attitudes surrounding the app among young users in light of recent events. Users have been posting videos and comments on TikTok and its Instagram page expressing concern that the U.S. government might ban the app.

WHO OWNS TIKTOK AND WHY IS THE APP CONSIDERED A NATIONAL SECURITY THREAT?

Defense Secretary Mike Pompeo said Wednesday that the U.S. government is “looking at” banning the video app and is taking security concerns related to the app “very seriously” as the U.S. cracks down on Chinese companies like Huawei and ZTE that may pose threats to U.S. intelligence amid growing tensions between the two countries.

Under a 2017 Chinese national intelligence law, all Chinese companies like TikTok are required to hand over any data that the CCP requests.

Some U.S. military branches and other government institutions such as the Transportation Security Administration have outright banned the app.

TikTok has denied all accusations of ties to the CCP and has defended its privacy and security policies. The app has more than tripled its U.S. employee population in the last year. TikTok owner ByteDance hired Kevin Mayer, former chairman of Disney’s Direct-to-Consumer & International division, as its COO and as TikTok’s CEO.

The social media company has previously made promises to ensure the privacy of U.S. users but recently came under fire after tech expert Jeremy Burges also tweeted on June 24 that a new Apple operating system (iOS) update highlighted TikTok’s attempts to copy information from his keyboard while using the app.

The flaw showcased a failure on the app’s part to maintain its policies ensuring user privacy.

A TikTok spokesperson told Forbes at the time that the problem stemmed from a “Google Ads SDK issue” and was “triggered by a feature designed to identify repetitive, spammy behavior.” The spokesperson added that the app “already submitted an updated version of the app to the App Store removing the anti-spam feature to eliminate any potential confusion.”

TikTok’s has about 800 million global users, making it one of the most popular social media apps in the world. Nearly half of the app’s userbase is under 25 years old. 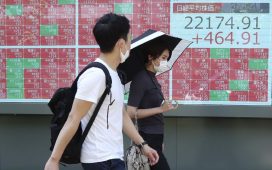 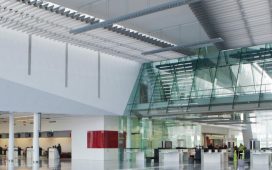 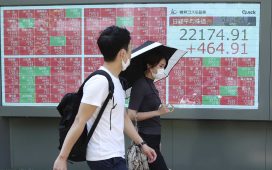 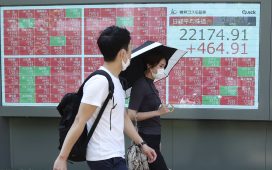