Vietnam’s new social network platform, Lotus, is looking to raise as much as 1.2 trillion dong ($52.1 million) in a bid to take on Facebook.

Developed by media group VCCorp, Lotus has already secured an initial investment of 700 billion dong ($30.4 million) from local conglomerates and individuals, and it is now looking to raise another 500 billion dong ($21.7 million). Lotus, which was built by the company’s in-house engineering team, is expected to make a soft launch next month, according to a Deal Street Asia report.

The report also cited Statista, which noted Vietnam had 43.5 million active Facebook users in 2018, and that number is expected to rise to more than 45 million this year.

Vietnam ranks seventh in terms of the number of Facebook users, but the social media giant could face hurdles in the country after the Vietnamese government asked Facebook to authenticate its users and indicated that only authenticated users will be allowed to use its live-streaming service.

Last month, Vietnam introduced a social network to rival Facebook: Gapo, which is a mobile app that allows members to build profiles and share posts. The social media company has teamed up with Sony Music Entertainment to feature music content. It aims to reach 3 million users in 2019 and 20 million by January 2021.

“Vietnamese users and enterprises are relying too much on Facebook, as there are not so many social networks for them to choose from,” Kien said.

Other Facebook-type social platforms preceding Gapo — VietnamTa and Hahalolo — have not managed to build membership.

The Which Apps Do They Want Study analyzes survey data collected from 1,045 American consumers to learn how they use merchant apps to enhance in-store shopping experiences, and their interest in downloading more in the future. Our research covered consumers’ usage of in-app features like loyalty and rewards offerings and in-store navigation, helping to assess how merchants can design apps to distinguish themselves from competitors. 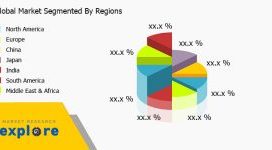