On December 3, the definitively final installment of Money Heist, one of the most watched shows on TV, will drop on Netflix. Its fans have already blocked their binge calendars. And Money Heist has rather a lot of fans. As GQ magazine, based on viewing figures released by Netflix, reported, ‘If you made an autonomous Republic of Money Heist Watchers, it would be the 23rd most populous country in the world, sandwiched between the United Kingdom and Tanzania.’

The Spanish series – its original title, La Casa de Pape, literally translates as ‘The House of Paper – is about a band of robbers, led by a geeky polymath (appropriately named The Professor), who pull off heist after daring heist in season after engrossing season. Ignore director Alex Pina‘s attempt to give the gang a Robin Hood-like spin in one of the earlier seasons. It is not true. These characters, adored across countries and languages, are, essentially, burglars. And they burgle for their own sakes.

Money Heist is not the only series that has done something like this. The French show

is about a top-notch thief. A charming, gentlemanly thief. But a thief, nonetheless. Which, is to say, like the band of robbers in Money Heist, a bad guy.

Having a bad guy as the central protagonist in a work of art is nothing new. William Shakespeare wrote Macbeth in the early 17th century. Francis Ford Coppola’s The Godfather, which set the template for mafia films, was released in 1972. All gangster films – and books – have unpalatable characters as protagonists.

But Money Heist and Lupin are different because the audience is actually rooting for the robbers to win. Both shows have acquired tens of millions of fans across the world. And these fans love the characters, who are bad guys in the conventional sense. Now think about Brian De Palma’s 1987 film, The Untouchables. Were you on the side of the mobster, Al Capone, played by Robert De Niro? Or on that of the federal agent, Eliot Ness, played by Kevin Costner?

So, is something shifting in our cultural landscape? Are we beginning to recalibrate the rules of our moral-aesthetic universe?

For decades, we have been conditioned to believe that protagonists in a work of art need to be both likeable and virtuous. As human beings, they need to have their moral compasses pointing in the right and acceptable direction. The flawed, the fallible, the dishonest, the dislikeable, have never quite captured the popular (read: mass market) imagination. It is the fallout of book club chats and the yearning to see ourselves mirrored in the heroes and heroines of books and films we enjoy. This is nonsense, of course. To pass the litmus test of good art, characters need not be likeable and virtuous. They thrive if they are fully realised, credible, and persuasive creations. Literature or cinema is not meant to be a Christmas stocking. Money Heist breaks the mould because despite being patently unvirtuous, despite robbing and killing, despite maiming and torturing fellow human beings, the characters are loved by their audience. It is to Pina’s credit that he has made them believable and lifelike, animated them with complex back stories, imbued them with their own motives and compulsions.

Lupin, too, is a fine creation. He is fired by a desire to clear the name of his wronged father and to restore his honour. He is fired by a fiercely protective love for his own son. He is charming, boundlessly resourceful and glowing with a humane intelligence.

Money Heist and Lupin may be aberrations. They may have bucked the trend of readers and viewers able to empathise with and get firmly behind only likeable and virtuous characters. But they may just as well be a new beginning. If we see more of such creations acquiring legions of fans, we will know that our cultural landscape has shifted. And it wouldn’t have come a moment too soon. 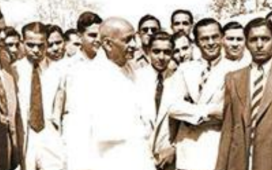 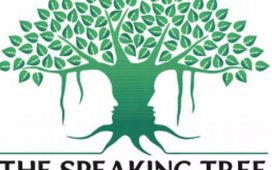 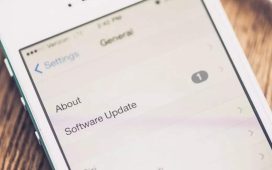