Last week ended with the gloomy news that India’s merchandise exports fell for the sixth straight month. It reiterates the fact that the role of exports in economic growth is declining. This trend has also slowed down the pace at which the economy is growing.

Prevailing economic wisdom is that a country is unlikely to become prosperous without exports playing an important role. The typical remedy for India’s current situation has been to look for best practices of East Asian countries, trailblazers in the export-led growth approach. We may be better off looking closer east: at Bangladesh.

Bangladesh and Vietnam are the newer examples of low income countries using exports to propel their economy. Bangladesh in the last couple of decades has emerged as a key hub for apparel exports. To put this in context, about three decades ago its exports of footwear and apparel accounted for less than 1% of the global exports in these products. Now, it’s about 7%, behind only China and Vietnam. These sectors employ about 3.6 million people, of whom over half are women.

Bangladesh’s success in this area has over the last five years helped it register a steady increase in the speed at which its economy has been growing, from about 6.5% to 8%. The country, on average, outperforms its Asian peers.

The salience of the Bangladesh story comes from a regressive recent policy trend in India. Over the last three years, the Narendra Modi government has gone back to a trade policy characterised by protectionism, reversing an approach that took root in 1991. Prior to the regression into protectionism, India often unilaterally reduced import tariffs and exports were an important contributor to that period of fast-paced economic growth.

A reversion to protectionism is counterproductive because it diminishes India’s chances to integrate more tightly into global value chains (GVCs). GVCs are the most important development in cross-border trade over the last three decades. They arose as a combination of technological improvements and worldwide reduction in tariffs made it viable for big firms to split their production process across countries. A lot of trade in products is really within different arms of the same corporation as the inputs are made in one country and the final product assembled elsewhere.

Bangladesh has used the GVC phenomenon well to quickly expand its export of readymade garments. For a poor country with a large pool of low skilled workers, GVCs offer a quick path to transition from exporting largely commodities to basic manufactured products. The lessons that India needs to absorb are that GVCs work well when imported inputs are made cheaper by lower tariffs. This of course has to be supplemented by smart and targeted government intervention. Lower tariffs on their own will not work.

Bangladesh’s interventions in areas such as reduction in the cost of working capital for firms have played an important role in getting its garment sector more tightly integrated into GVCs. This is not something that the Indian government is unaware of. The finance ministry’s most recent Economic Survey devotes a lot of space to suggesting ways to integrate Indian firms into GVCs. Apparently, the government’s economic advisers and decision makers are not on the same wavelength.

Two other important lessons that Bangladesh offers are significant. One, it is not averse to trade agreements. India, on the other hand, is now wary of regional trade agreements at a time when WTO is increasingly ineffective. Trade agreements play an important role in creating a conducive environment for linking local firms to international ones. The presence of foreign firms encourages domestic firms to raise their quality and look for new opportunities.

Two, Bangladesh has managed to keep its labour costs in line with its per capita income. This is important to generate opportunities for low skilled workers as labour costs matter in investment decisions of basic manufactured products. India hasn’t fared well in this area, with a poor regulatory framework playing a part.

The world today is more hostile to cross-border trade than it was 15 years ago. Yet, opportunities persist for countries willing to tailor their policies to grab them. One source of opportunities is the uneasy trade relation between the US and China. They may have recently called a truce in their trade war but underlying problems remain. China aspires to be a strategic competitor to the US, which will induce many corporations to shift some their production lines out of the former. India should look to grab these opportunities.

A low income country such as Bangladesh offers relevant lessons to design the set of changes needed to attract more GVCs to India. In popular imagination, Bangladesh may be a basket case, still sending economic migrants into India. This view masks the changes there.

It’s almost 50 years since Bangladesh achieved liberation, with India’s help, after a bloody war with Pakistan. Not many gave the country a chance. Not only has it recorded considerable progress in economic and social indicators, it has left Pakistan behind in important areas such as per capita GDP. If the economic growth rates of India and Bangladesh diverge for a few more years, Bangladesh will surpass India in per capita GDP terms.

For sure, success in apparel exports have not overcome other problems. Bangladesh has a weak financial system, with banks burdened by stressed loans which amount to almost 9% of GDP. There is overdependence on apparel exports and a skills deficit. Yet, Bangladesh’s policies offer some lessons for India and it will be our loss to ignore them.

READ  Blackstone to acquire $300 million stake in Sona BLW, to merge it with Comstar 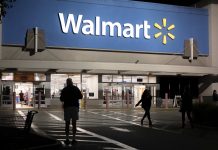 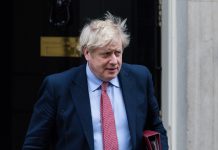 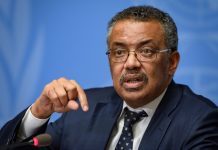 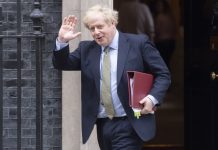 The Latest: Trump golfs with Rush Limbaugh in Florida