Violent solar storms are created much closer to the Earth than previously thought – as close as GPS and weather satellites, according to a new NASA study.

Researchers at the University of California, Los Angeles used NASA data to show that storms form when solar winds interact with the Earth’s magnetic field.

It is very difficult to detect these high intensity bursts of magnetic energy due to the fact intense storms are ‘very rare’, according to lead author Vassilis Angelopoulos.

Understanding exactly how and where these storms form could give us ‘critical minutes and hours’ to protect electricity grids from their impact, he said. 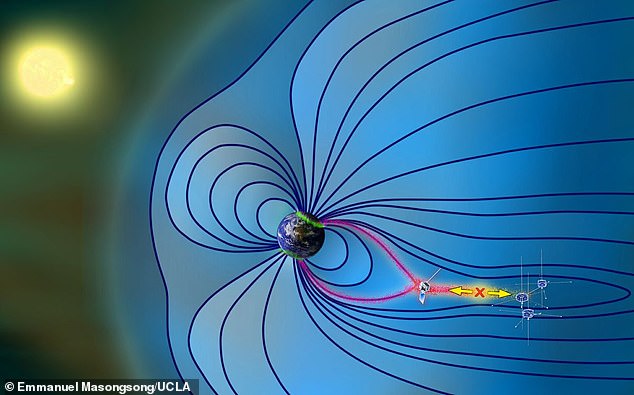 The strength of a solar storm can vary dramatically from small ones with minimal impact to ‘the big one’ that could knock out the electricity grid.

They work in a similar way to winds and storms on Earth – solar wind arrives from the Sun, interacts with the magnetosphere surrounding the planet and generates magnetic storms with powerful electric currents.

A new study by the NASA THEMIS mission team is the first to show that such storms can originate much closer to Earth than previously thought.

The satellites observed the origins of the storms about three to four Earth diameters away – that is about 23,752 miles or a tenth of the distance to the Moon.

So close in fact that they overlap with the orbits of critical weather, communications and GPS satellites, says Professor Angelopoulos from UCLA.

READ  People measure time and space by the level of their phone battery, study claims

A magnetic storm can be beautiful – it can produce the dazzling northern lights shown as colourful swirling effects in the atmosphere, normally nearer the poles.

They can also generate hazardous particles careening toward spacecraft and astronauts, zapping them out of commission, said Angelopoulos.

A particularly strong one could create extreme aurora visible close to the equator.

There was a particularly dramatic illustration of the power of a magnetic storm in 1921 when it disrupted the telegraph communication network.

It also caused power outages that resulted in a New York City train station burning to the ground.

Another storm in 1972 was narrowly missed by Apollo 16 and 17 astronauts. Had it hit them it would have been fatal.

‘These incidents underscore the potential dangers that should be assessed as more humans venture into orbit’, UCLA said in a statement.

If a similar storm occurred today, a separate study estimated, economic losses in the US due to electrical blackouts alone could surpass £30billion ($40billion) a day. 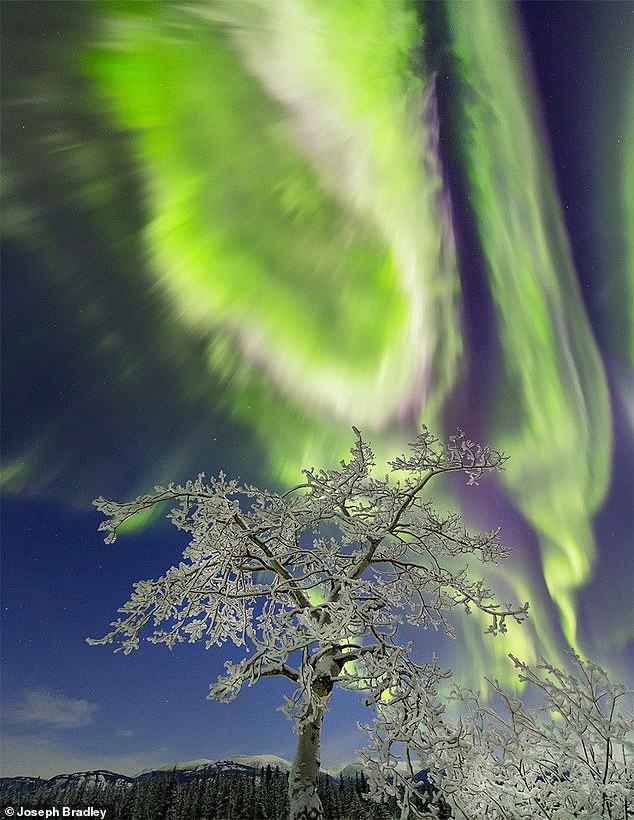 Brilliant aurora borealis is captured over Yukon, Canada, during a geomagnetic storm. They are created when solar wind interacts with the atmosphere on Earth

The impact of a big storm in 1921 is why researchers are keen to understand as much about the Sun and solar storms as possible.

This new discovery will ultimately help scientists refine predictive models of how the magnetosphere responds to solar wind.

It could then provide precious extra hours or even days to prepare satellites, astronauts and the energy grid for the next ‘big one’.

READ  Earthquake today: The deadliest earthquakes that struck on this day in history revealed

How electric currents in space influence the aurora and magnetic storms has been long debated in the space physics community, said Angelopoulos.

Because the storms occur so rarely and satellite coverage is sparse, it has been difficult for researchers to detect the dynamic process that powers those storms.

When solar wind magnetic energy is transferred into the magnetosphere, it builds up until it is converted into heat and particle acceleration through a process called magnetic reconnection.

Recently, observations by a number of satellites have shown that magnetic storms can be initiated by magnetic reconnection very close to Earth. 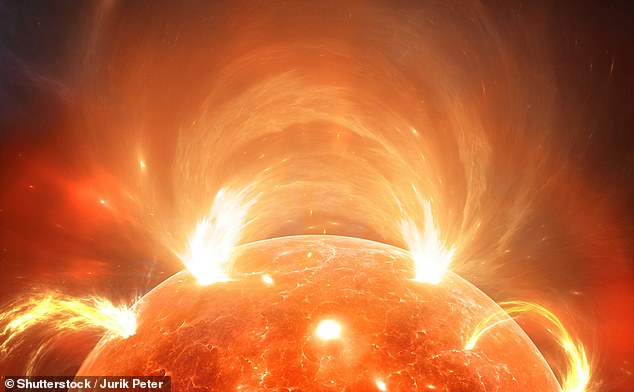 Sun with corona showing the start of a solar storm. One day a massive solar storm will hit Earth and could knock out the electricity grid

The researchers did not expect they could be created so close, due to the comparatively stable magnetic field configuration near Earth.

A weather satellite, which was nearer to Earth in geostationary orbit, detected energised particles associated with magnetic storms.

This pose a hazard to hundreds of satellites operating in that area of space.

Such particles can damage electronics and human DNA, increasing the risk of radiation poisoning and cancer for astronauts.

‘By studying the magnetosphere, we improve our chances of dealing with the greatest hazard to humanity venturing into space,’ Angelopoulos said.

Some particles can even enter the atmosphere and affect airline passengers.

‘Only with such direct measurements of magnetic reconnection and its resulting energy flows could we convincingly prove such an unexpected mechanism of storm power generation,’ said Angelopoulos.

‘Capturing this rare event, nearer to Earth than ever detected before, forces us to revise prior assumptions about the reconnection process.’

READ  Robots are taking on jobs humans consider to be 'too boring', Swedish company claims

The findings have been published in the journal Nature Physics.

Astronauts journeying to Mars would likely be bombarded with 700 times the levels of radiation experienced on Earth.

Even on the International Space Station, astronauts are exposed to 200 times more radiation as a result of their work than would be experienced by an airline pilot or a radiology nurse.

If a burst of space radiation is detected, mission control in Houston, Texas, can instruct astronauts to abort space walks, move to more shielded areas of the orbiting laboratory and even adjust the station’s altitude to minimise any health impacts.

Solar flare activity can cause acute radiation exposure effects — such as changes to the blood, diarrhoea, nausea, and vomiting — which can be recovered from, and other impacts that are non-reversible and/or fatal.

This can increases the risks of cancer, generate cataracts and cause sterility.

It can also cause damage to the brain, central nervous system and heart, paving the way for various degenerative diseases.

DNA changes from space radiation can even be passed on to subsequent children.

Goodfellow Air Force Base celebrates 2019, looks to challenges ahead – Standard-Times

What is coronavirus and what should I do if I have symptoms?